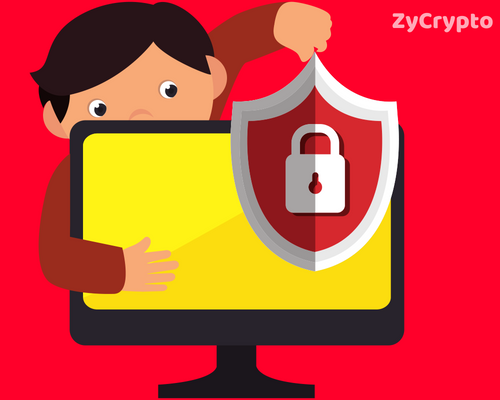 In the wake of numerous hacks and attacks on cryptocurrency exchanges, the security of cryptocurrencies is now being questioned. Cryptos have had its fair share of negativity since its arrival in the world of finance.
Some has labeled it a scam, a bubble, and many other derogatory names and at the moment what it really needs is to prove to doubters that they can be considered truly secured enough to deserve their investment.
The undeniable truth is that they’ve been numerous hacks in the crypto world and what people seem to overlook is the fact that, those hacks and attacks are on the cryptocurrency exchanges and crypto wallets, created by individuals.
Many attacks by cybercriminals are done through phishing emails, containing a virus which targets the cryptocurrency wallets of victims. Perhaps if these wallets are created in a way to avoid and fight all these things, the problem of hacks wouldn’t be a thing.
The vulnerability of these crypto wallets are inevitable, and therefore the occurrences of hacks and theft. This issue of shallow crypto wallets has been further touched on by many individuals and crypto enthusiast.
A group of researchers from the Edinburgh University released a report last year, showing various weak spots they had to discover in hardware wallets which could be exploited. The report stated that, even the highly encrypted hardware wallets still vulnerable due to those weak spots.
The complex nature of networks involved in cryptocurrencies makes them nearly impossible to hack or breach. The mediums at which these cryptocurrencies are contained are much of the problem that cryptos itself.
Many cryptocurrency exchanges have seen uncountable attacks over the years, which affected the prices of coins, especially bitcoin. Cybercriminals have resorted to creating algorithms that will target cryptocurrency exchanges in attempts to move money into their direction.
What makes the security of many crypto exchanges still flawed is the manner in which they end to fend off this attacks.
Mt. Gox, one of the famous exchanges which were hit with a major hack, losing about $7.2 billion in the process, stated that hackers had been lurking around their system for almost a year, trying to break in. With all this, the hackers still broke in and got away with 850,000 bitcoins, once again, calling the security of the exchange into question.
Almost $1.1 billion has been robbed from cryptocurrency exchanges for the past six months, and even though these things are happening frequently, most exchanges do not up their security protocols to prevent future hacks.