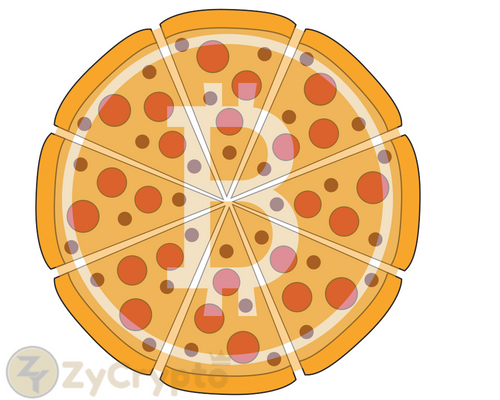 The journey of a thousand miles begins with just one step. On May 22, 2010, the world’s flagship cryptocurrency officially began its journey towards mass adoption as 10,000 BTC was used to pay for pizzas by Laszlo Hanyecz.

Every May 22, is a memorable day for bitcoin hodlers all around the world as it marks the day the virtual currency was first used as a medium of exchange. Back in 2010, when bitcoin was just about one year old, the Florida-based coder and early bitcoin adopter paid his friend 10,000 bitcoins to help him order for two pizzas from the nearby Papa John’s restaurant.

That single transaction has put the Hanyecz name forever in the history of bitcoin, as that operation by him marked the first time that Satoshi’s bitcoin was used to facilitate a transaction.

Notably, on May 18, 2010, Hanyecz posted on the now popular bitcoin forum, BitcoinTalk that he was willing to pay 10,000 BTC for at least two pizzas and anyone interested in the proposition was free to contact him for a deal. In his words:

“I’ll pay 10,000 bitcoins for a couple of pizzas..like maybe 2 large ones, so I have some left over for the next day. You can make the pizza yourself and bring it to my house or order it for me from a delivery place, but what I’m aiming for is getting food delivered in exchange for bitcoins.”

In an interview with the New York Times back in 2013, Hanyecz reiterated that:

“It wasn’t like bitcoins had any value back then, so the idea of trading them for pizza was incredibly cool, No one knew it was going to get so big.”

Of a truth, most of the early adopters of the world’s flagship cryptocurrency never knew it would get this far. Not even Satoshi Nakamoto himself would have predicted in 2009 that his bitcoin would be known all over the world by this time.

In commemorating the great day, the eToro cryptocurrency trading platform sent a “literal bitcoin pizza” to the office of Business Insider UK while Satoshi Labs celebrated the day with a pineapple-and-jalapeno topped pie, a combination it dubbed Satoshi’s true vision.

Ledger was not left out of the excitement as it also produced a “pizza day edition” of its Nano S wallet which is limited to only 1,337 units.

Bitcoin has come a long way indeed, and it appears the journey has only just begun. While critics keep doing what they know best, the community keeps waxing stronger with each passing day.