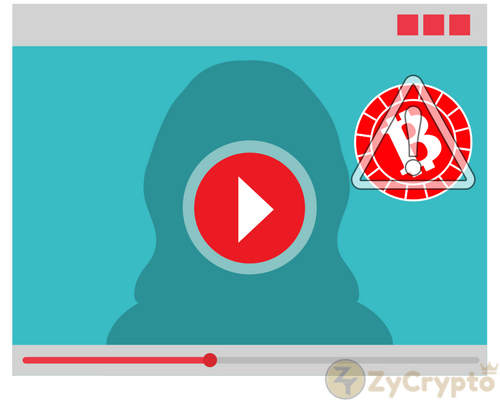 Social networks were on fire in Poland when news leaked that the National Bank of Poland had paid approximately 91,221.99 Polish zloty ($26,764) on Gamellon, a YouTube partner network that features and sponsors some very important polish YouTubers, bloggers and influencers, with the intention of spreading negative messages related to cryptocurrencies.
Cryptos are extremely risky “assets”, but given the media coverage they have had, many see in this type of investment the solution to all their problems, rushing to buy in “something” that could be “easy money”.
While it is true that fluctuations in the value of cryptocurrencies have turned several people with minimal investments into millionaires, it is also important to note that those cryptocurrencies also have led many to bankruptcy, and even suicide.
For this reason, In December, the NBP launched a campaign called “Uwazaj Na Kryptowaluty” which translates as “beware of cryptocurrencies.” Many of their spots and advertisements had the hashtag #uwazajnakryptowaluty as a way to raise awareness in the affair.
But the critique began by the lack of transparency of the means used by the NBP  to spread its message, as they concealed those funding, so the viewers watched such videos thinking that they were a product of the own inspirations and motives those entertainers had, not knowing that they had actually were paid products.
The video entitled “Stracilem Wszystkie Pieniadze?!“ which translates as “I lost all my money.”, uploaded by the well-known YouTuber Marcin Dubie on 8 Dec. 2017, has more than half a million views, and tells the story of a man who picks up a few coins, joins the hype of the crypto trading, quickly becoming rich, then the market crashes and he loses it all due to investing on a scamcoin showing how then the developers make fun of him.
This is not far from the reality experienced by some investors who have been swindled. The last case, LoopX took more than 4.5 million dollars. But nevertheless, the campaign, which may well be said to have been carried out with good intentions, does not present the whole picture nor did it promote debate.
As investors in crypto coins argue that there is practically the same likelihood of being swindled by investing in crypto as being swindled with any other investment, and in this sense, credible cryptocurrencies can be attacked in their credibility by being included in a discrediting campaign as a whole.
However, the Central Bank of Poland does not directly oppose cryptocurrencies. In a public statement posted on the CNBC website, a spokesperson for the bank stated the following:

“(NBP is) not opposed to the development of blockchain technology and its application, but the use of this technology in financial markets must be as safe and tested as in the case of other technologies,”

Every investment carries a risk. It is important to research well before investing, either in crypto or in any traditional financial instrument.