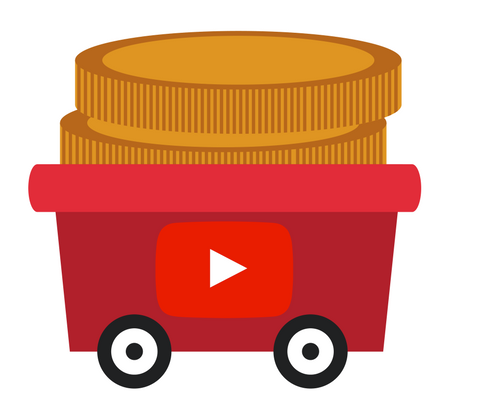 Youtube viewers are claiming that their computers are been used for mining cryptocurrency while displaying youtube ads.
Cryptocurrency prices are currently down than usual and thus it creates an opportunity for people to accumulate as much as crypto into pockets at cheaper rates.  In fact, many individuals look for additional ways to enhance their cryptocurrency mining.
Since mining isn’t possible for everyone, it requires costly hardware which need huge capital investment. Thus to solve that problem, Mining Software such as Coin hive got introduced.
Last year we heard many cases such as pirate bay were using cryptocurrency mining software on their website, so the users visiting the site were targeted. Their cpu hash power is been used for mining, without notifying users.
Now the same scenario is been experience in Youtube ads. Whenever the youtube is displaying ads, the cpu usage gets rise to an extended mark.
Youtube and its policy
Youtube is a very delightful and extremely popular video streaming site. And in fact everyone uses it every single day, making it one of the most popular sites available on internet.
Youtube has a policy of displaying ads. They have least annoying ads and gets displayed either in the start of video or in between the video, while streaming.  Things changed for when a number of YouTube ads were hijacked with the Coin Hive code.
Hijackers embedded JavaScript code of coin hive with ads. So whenever those ads will be displayed, script will run and eventully mining will start. The most affected ads were from Google’s DoubleClick program.
When an independent security researcher, Troy Mursch was asked over this incident.
He replied that youtube is targeted because it’s very popular and users spend lots of time on it.

“YouTube was likely targeted because users are typically on the site for an extended period of time. This is a prime target for cryptojacking malware, because the longer the users are mining for cryptocurrency the more money is made.”

Google Response on Incident
Google made a official statement saying that these ads were blocked from the platform within two hours and they were removed from system.

“Mining cryptocurrency through ads is a relatively new form of abuse that violates our policies and one that we’ve been monitoring actively. We enforce our policies through a multi-layered detection system across our platforms which we update as new threats emerge.
In this case, the ads were blocked in less than two hours and the malicious actors were quickly removed from our platforms.”

So malicious ads were stopped for now. Initially websites, now youtube ads, hijackers are coming up with innovative ways to earn money. This kinda makes it interesting. Let’s see what’s next !