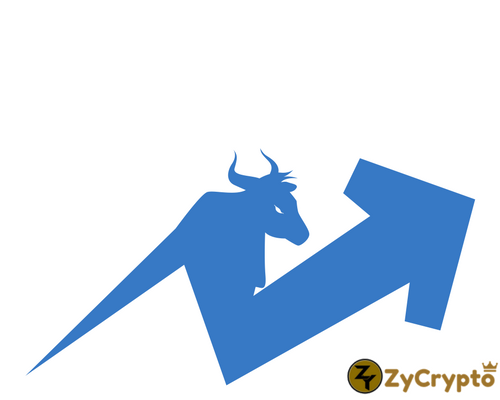 According to calculations by evaluation firm Bernstein Research, the ASICS manufacturing business apparently turned out to be much more profitable than the total manufacturing of graphics cards in 2017, since when comparing financial results of the world’s leading ASICS manufacturer (Bitmain) and the world’s leading graphics card manufacturer (Nvidia), the first one could have generated up to $1 billion more.
This is even more amazing when studying the trajectory of both companies. Whilst Nvidia has traveled a path of over two decades in order to achieve the prestige and presence they have on the market, Bitmain has only been in the market for 4 years, which is why the company has an exponential growth of profits.
One of the reasons for such a success is that the company started when Bitcoin was not yet profitable, but the vision and perseverance of its executives, Jihan Wu and Micree Zhan, led the business to a success similar to that of Bitcoin’s rising price curve.
Likewise, an intelligent marketing strategy has made it possible for them to withstand the potential economic dangers of bitcoin’s bearish tendencies, since the profitability of their business is due to sales of equipment and not because of mining itself. However, when bitcoin prices go up, the price of miners increases as well even though production costs remain the same.
But as a risk diversification, Bitmain is also involved in other businesses related to blockchain technologies, including coordinating one of the world’s largest mining pools: AntPool.
The China-based company as well as its executives are very cautious with the comments and statements they make. No one knows with certainty the veracity of the data, since they have not issued any opinion on the matter, so it is impossible to know whether they accept or deny the information.
The latest equipment offered, the Antminer S9, has a power of approximately 13 Th/s with a 1375W Power Consumption which makes it very energy efficient, much more than the Nvidia graphics cards which it outperforms in speed up to 50 times.
Nvidia also had an excellent year, with a total sell-off of its products, to the point of not being able to satisfy a growing demand for a product precisely from the crypto mining (which uses non ASIC friendly algorithms, such as Ethereum). This led to an accelerated price increase without a change in new consumption patterns.
If news about the creation of an ASIC to mine Ether is true, Bitmain could further widen the profit gap with Nvidia, taking away much of the mining market it has had so far. However, we still have to wait because apparently Ethereum is by definition non ASIC friendly in addition to having mentioned the intention of migrating to the PoS algorithm which would prevent its mining with these devices