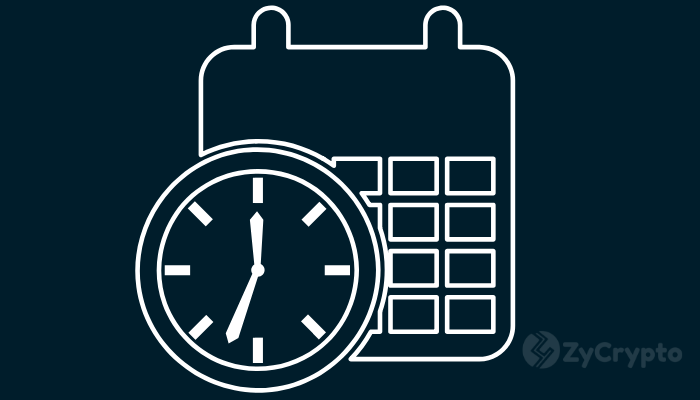 The “crypto week” 2 to 8 December was another bloody week for cryptocurrencies. Bitcoin the leading cryptocurrency dipped below $3,500 and has been at that level for the past few days. Ethereum also went below $100 after the brief recovery the market experienced. Apart from the crypto crash relapse, many other events unfolded, the best of which we have selected for you in the roundup.

Coinbase, the major crypto exchange and wallet provider announced its plans to list 31 new tokens including XRP and Stellar XLM. the company made the announcement on its official blog on Friday, December 7, 2018. According to Coinbase, the selected crypto assets for the listing are those that share the company’s mission of providing an “open financial system for the world.”

The crypto community has been expecting an ETF approval to help rescue the Bitcoin market. However, the SEC decision which was to be made known by the end of October is not forthcoming. Following the deadlock, Jake Chervinsky, a lawyer and crypto enthusiast sees a ray of hope for a Bitcoin ETF. He said SEC cannot afford to postpone the approval of the VanEck/SolidX Bitcoin ETF proposal any longer and may have to give its approval by February 2019. Gabur Gurbacs, Director of Digital Assets Strategy at VanEck also has high hopes that the approval will be granted by the February deadline.

Bitcoin Cash (BCH) has been struggling to stay afloat before and even after the BCH hard fork. The Bitcoin SV fork, however, has been recently riding the bull wave with an astonishing increase in market price. BCH may not be catching up with the BSV fork anytime soon as the latest crypto asset ascended to the 5th spot on the list of cryptocurrencies, occupying the position for a while. That was a sign that BSV may soon come to stay because BCH doesn’t seem to be making headway. Tether is also at risk of being overtaken unless the market turns around to favor it so that it either continues to retain its market capitalization or increase to retain its vulnerable position.

Tron is full of surprises. With its many innovative programs, the company has forged ahead is has the potential to lead in the decentralization of the internet. This week, the Tron token TRX took the 10th position as the tenth largest cryptocurrency by market capitalization. Tron has been competing with Ethereum since it became an independent network in June 2018. CEO of the company Justin Sun is optimistic that the company will soon go even higher up the market cap ladder.

Also within the week, Sun in a tweet promised to build a rescue fund for Ethereum and EOS developers if they agree to migrate their dapps to the Tron network. He believes the two platforms are broken but he will help them to fix it if they will only use the Tron network for their dapps. Some respondents to Sun’s tweet don’t believe Tron is any better than Ethereum and EOS so he shouldn’t claim to have a solution. The crypto community will be watching to see if the two networks will agree to migrate their dapps to Tron.

XRP saw significant adoption within the week following its listing as the first token on R3 Universal Payment Settlement, CorDapp. CorDapp, a decentralized application that operates on the Corda blockchain works on any payment platform that transfers funds between institutions or individuals. Since XRP company Ripple is an effective payment processing company and XRP itself is used in payments, this will be a great milestone for the company and will further encourage its adoption and acceptance for payment remittances in the global market.

Although the crypto community may have given up on cryptocurrencies and rightly so at least for the year 2018, some experts still see hope for Bitcoin in the short term. Panelists at finder.com, a personal finance comparison website see a rebound of over $6,700 by January 2018.

The panelists also made some great predictions about Stellar XLM and Cardano (ADA), saying both assets will see a 100% increase before the year runs out. The panelists also made predictions about ETH which is to gain 35%, XRP to gain only 3% while TRX is 12%. Other altcoins are Litecoin (LTC) which is to lose 13% while Binance Coin (BNB) is to lose 32%.

Also, the bitcoin whales blew their cover this week with one user transferring $257 million worth of Bitcoin from an address that has remained inactive for a long time. The amount transferred is a significant amount considering the current market condition which is not surprising as the wallet is said to be one of the most loaded in the entire crypto space. Luckily for space, the transfer was not made to an exchange because this would have worsened the already existing decline. However, the destination to which the funds were sent is still unknown.

In a bid to compete favorably with Ripple the cryptocurrency payments giant, SWIFT, the world’s leading payment organization has adopted blockchain to facilitate easy payments to ensure timely transactions. The electronic blockchain based payment system is hopefully going to help SWIFT eliminate delays in transactions. Several users of the platform had requested for an upgrade to enable them to make fast payments. The system will not only make payment easier but will also facilitate easy access to APIs of financial institutions for easy account verification and timely disbursement of funds.

Nasdaq has restored some hope for Bitcoin as it confirmed the listing of Bitcoin futures on its platform. The Vice President of the company Joseph Christinat announced this saying Nasdaq has deliberated on the decision for some time but has finally approved it despite the current market condition. Hopefully, this listing will help to revive the Bitcoin market and the entire cryptocurrency market by extension.