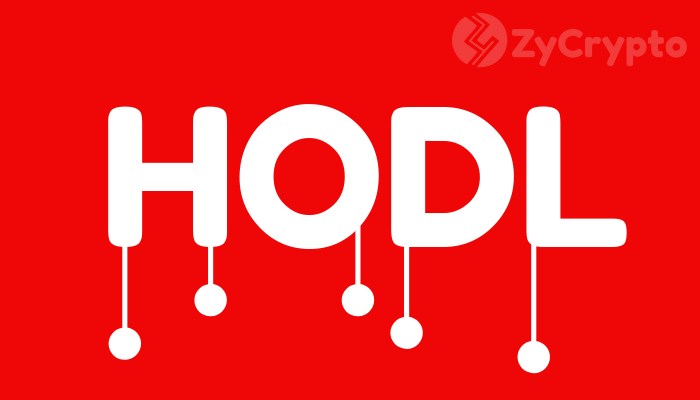 Ran NeuNer of CBNC has once again left Twittersphere in perplexity as he urged cryptocurrency traders to focus more on selling out their digital assets, instead of overlooking the bearish trendlines.

NeuNer recently expressed these thoughts by making two posts to send his message across, the first of which had him saying “I guess we can now safely say that HODL is not a great strategy!”. Twitter users have been flabbergasted by NeuNer’s twitter post, especially because HODLing (holding on for dear life) has been a long-term cryptocurrency tradition. One that has birthed cryptocurrency millionaires, especially with early investors.

Following that, NeuNer tweeted a meme where a HODLer was seen sleeping homeless, while a SODLer ended up with a Lamborghini. NeuNer’s tweets seemed to be channeling the bearishness that came with the hash war, which saw a lot of traders lamenting over losses.

Is HODLing really a killer for traders? Well, some users have expressed their disagreements towards NeuNer’s thoughts, explaining that HODL is not a short-term trading strategy and is not meant to amass gains in a short period of time, but rather, it is meant for veteran traders who envision long lasting profits after a longer period of time.

Another user revealed that the HODLing strategy was meant for 2017, while 2018, gains can only be gotten by trading against stablecoins. As for 2019, he is certain that another trading strategy is likely to emerge.

Cryptocurrency trader and Ran NeuNeur who has made a mark in the cryptocurrency world as a market analysis has been making rounds on the tabloids throughout this year. First for his Bitcoin 2018 closing price prediction which he has gone on to reverse, after which he urged traders to fully ditch Bitcoin and Bitcoin Cash and invest fully in Ripple. Upon Bitcoin losing momentum to fall below $6000, NeuNer disclosed that Bitcoin Satoshi Vision is the indeed the real Bitcoin.