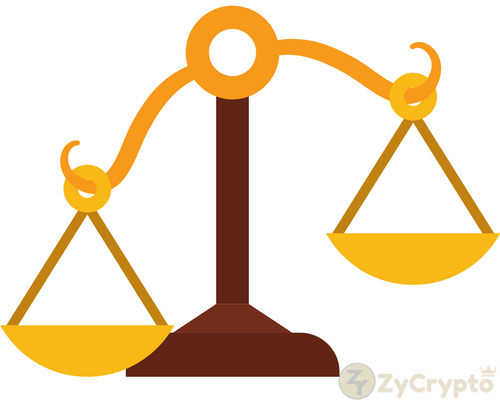 Despite the Recent increase in the rate of crypto-related crime, cases of fiat crime are still more prevalent.
Blockchain-based virtual currencies are designed to make life easier for the masses by facilitating decentralized transactions and reducing the monopolistic tendencies of financial institutions, but bad actors have infiltrated into the crypto ecosystem in recent times, using bitcoin and some privacy-centric altcoins like Monero to facilitate their illicit acts.
This menace has made quite many bitcoin and altcoin critics to condemn the nascent digital currency industry saying its nothing but a bubble, a fraud, and an organized Ponzi scheme.
However, it is worth noting that the scale of crime in the entire virtual currency industry, is quite insignificant compared to what’s happening in the fiat world.

When Satoshi Nakamoto developed the world’s flagship cryptocurrency, bitcoin back in 2009, the value of bitcoin was just a fraction of the dollar. At the time, bitcoin was only used by geeks and tech-savvy people.
However, as the years went by, bitcoin adoption increased, fueling the rise in the bitcoin price which in turn made it a very attracted prospect for crackers and cyberpunks.

From 2009 to date there have been quite many cases of bitcoin exchange hacks of which the largest one is the most recent Coincheck heist, which gave the hackers over $530 million worth of NEM altcoin.
Mt. Gox, the most substantial bitcoin exchange in the world back in 2011 is no more today as a result of several large heists and lawsuits.

Fast forward to 2017, the price of bitcoin started its journey to the moon, with the worth of the flagship cryptocurrency hitting $20,000 that year.
With the exponential surge in the price of bitcoin, criminals began to look out for crypto ‘big whales’ they could attack at gunpoint for virtual currencies.
While some of these thieves have succeeded in physically attacking bitcoiners and transferring their coins to another wallet, many others have failed in their attempt.
In January 2018, some armed men invaded the premises of a Canadian cryptocurrency exchange and tried to coerce the exchange to transfer all its coins into their wallet. Fortunately for the firm, someone quickly alerted the police who promptly arrived at the scene before the transaction was made.
Notably, there have been several other cases of people being robbed of bitcoin at gunpoint. However, the rate of blockchain-based virtual currency related criminal activities are still very much lower than what’s obtainable in the world of fiat.

According to Statista in 2016 alone, there were a total of 1,515,096 cases of burglary and a total of 332,198 reported cases of robbery in the United States.
Per Statista, from 2016 to 2017 there was a total of 59,231 reported cases of robberies in England.
Of a truth, with the continuous increase in the price of cryptocurrencies, more and more criminals will be attracted to the nascent digital currency industry.
Shortly, the rate of virtual currency crimes may increase, but at present, it is safe to say that the scale of fiat related crime is far higher than that of bitcoin and altcoin crimes.