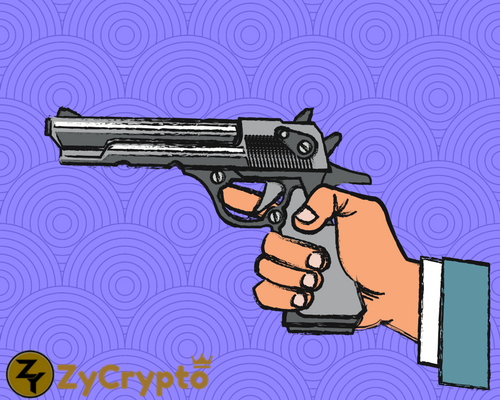 A strange savagery happened at a beach resort in Phuket, Thailand. The attackers shoved a young Russian man into his apartment and kept imprisoned until he transferred  $100,000 worth of Bitcoin to their wallet.
Chanut Hongsitthichaikul, an investigator of the case had probed the victim to trace the bitcoin receiver but was in vain. However, the Thai police tracked the victim’s stolen laptop at Kuala Lumpur.
Strands of crypto violence
The head of Ukrainian Bitcoin exchange was held hostage until consigning $1 million bitcoins.
In New York City, a man was victimized by a friend for $1.8 million worth of Ether.
The Bitcoin layout does not have to associate the identity of the trader with their Bitcoin address, unlike the traditional bank accounts which thwart the police.
Years back, the prominent traders were intimidated by calling SWAT teams to their homes by people who demanded huge Bitcoin payments to stop the harassment.
The recent infringement trend is remotely controlling the digital wallets of eminent cryptocurrency holders.
Palm Beach, Florida, transpired a theft of worth $28,000 during conversion of cash into virtual currency but the most outrageous attack hit Pavel Lerner, the chief executive of the Exmo, the Ukrainian virtual currency exchange, was kidnapped and released after transferring Bitcoins worth $1 million.
Recently an Istanbul gang who knew about Bitcoin holdings ceased a Turkish businessman’s car to hand over the digital wallet passwords, containing nearly $3 million worth Bitcoin.
These steeply climbing prices of cryptocurrencies have made the attackers lure towards the huge trader’s wallets.
Jonathan Levin, the founder of Chainalysis, company specialized in tracking miscreant transactions on the blockchain, said that the violence concerning crypto world is much ubiquitous and law enforcement divisions have tweaked their focal point developing tactic methods to alert a coercive transaction.
It’s a public secret that many substantial cryptocurrency holders, no longer prefer travelling to Russia and Turkey, where they assume the attacks of crypto mafias.
The anonymity of Bitcoin transactions makes it difficult to upend or terminate transactions which lead to huge misemployed.
A Canadian Bitcoin exchange in Ottawa, a New York Ether investor and a cryptocurrency trader in Oxford, England were known to be struck by equipped attackers.
In many cases, the shreds of evidence limelight the muggers forcing them to return the money while most of the others are untraceable.
A world conference on cryptocurrencies at Mexico, organised by the Satoshi Roundtable had security forces for guests to protect them. A wallet named “duress wallet” can be handed over to throw an assailant off the trail was put across.
Mr Jameson Lopp, a longtime cryptocurrency engineer, said that publicizing defensive measures would make criminals reconsider attacking. He has installed closed-circuit cameras all around his property since someone called a SWAT team to harass him and advocated that the most appropriate investment is real estate than cryptocurrencies.
An exceptional creation by BitGo, a blockchain security company is multisignature wallets, requires multiple people to sign off to authorize a transaction.