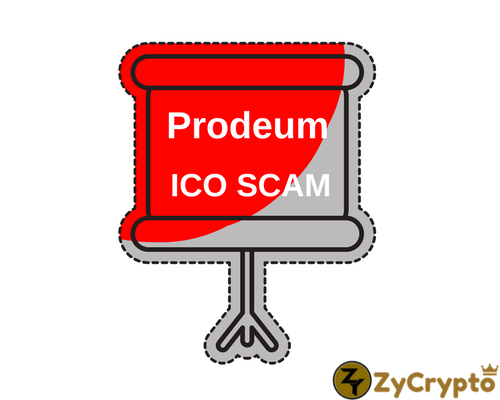 Cryptocurrency enthusiasts go on and on about how the Wall Street, the Governments, and the banks are conspiring against their beloved ecosystem. You may have come across many convoluted theories that go to great lengths to prove how the actors mentioned above are trying to undermine the ecosystem, as it threatens their monopoly.
However, the most significant threat that continues to undermine cryptocurrencies massively stems from the same ecosystem. The ecosystem seems to be overrun by scams. Veteran Bitcoin investors and developers have even called the ‘so-called’ rival Bitcoin Cash as scam run by a group of individuals with shady histories and credentials.
Scams are mostly taking the form of ICOs on Ethereum’s ERC20 token platform. Only this week a project calling itself ‘Prodeum’ vanished from the ecosystem completely, and with it took the money of the small number of investors who had seen potential in it. All that is left of the project’s web presence is the word ‘penis’ written on a white page.
In comparison to the $400 million heist of NEM from Coincheck, a Japanese crypto exchange or the meticulously orchestrated Ponzi scheme of Bitconnect, the money malicious people behind Prodeum made may be considered negligible.
Although people on the social media in their usual style were exaggerating the money that was scammed by Prodeum, an Ethereum address known to be associated with the project shows only a handful of people had fallen victim to this scam.
The ICO was pushed into the market through a press release that was published by an NBC affiliate. The press release had described Prodeum as a Lithuanian blockchain project aiming to overhaul the Price Look-up labelling process on fruits and vegetables.
No identifiable information could be skimmed off Prodeum’s website, and all of its social media presences have disappeared, no surprises there.
Amid all these scams stemming from Ethereum ICOs, the question that needs to be asked is that what background checks or KYC processes Vitalik Buterin’s team is following before they agree to issue an ERC20 token. Is there any process at all? Or is Ethereum just winging it?