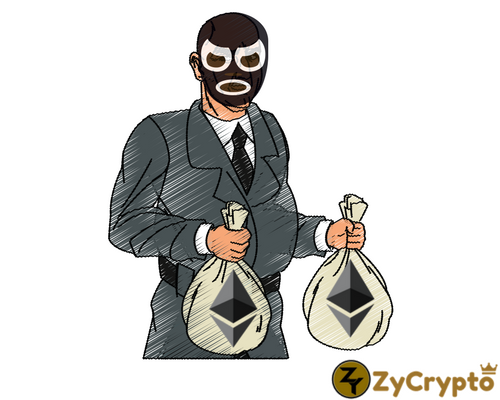 If you are one of those who have received an email from Ethereum creator and founder Vitalik Buterin asking for Ethereum, you should be extra cautious, as the mail, in fact, is a scam designed to defraud people on the name of the famous developer.
Vitalik Buterin spoke on Twitter about the issue and said that if anyone receives an email from an address resembling his own email address and asking for donations in the form of Ethereum, they should either inform him on Twitter or disregard it and consider it to be a fraud.

If you get an email that looks like it’s from me asking for ETH, please do NOT send. Either contact me first or if you’re lazy just assume it’s a fraud.

Buterin also explained the modus operandi of these scammers posing as him. He said the scammers, in the email, claim that Buterik’s laptop had “literally” died and thus he needed more funds in order to purchase a new laptop as his current funds were frozen in his cold wallet and would only be released after 1 week.
The growing popularity of cryptocurrencies and the privacy it offers has made it an attraction for hackers and scammers. A lot of people have been affected by scams in this field even after multiple warnings.
Just this month, in January 2018, a lot of suspicious sites emerged who were acting as clones of the popular app Binance. The websites were redirecting to the official website through referral links, which meant they got a cut of all transactions performed by users who clicked via their links.
Cryptocurrency communities have noticed these frauds and their alarming growth, and have instituted several remedial measures to counter their spread. The Ethereum community, for example, has their own scam database designed in order to warn users about different scams and frauds relating to Ethereum operating in the wide world of internet.
As always we recommend all cryptocurrency users to practice safe browsing tips and to avoid shady and untrusted sites. They should also avoid opening unknown emails or clicking on short links and should verify several times before performing any transaction. Following some common basic prevention measures can go a long way in preventing you from getting scammed as well as enjoying the pros of cryptocurrency.