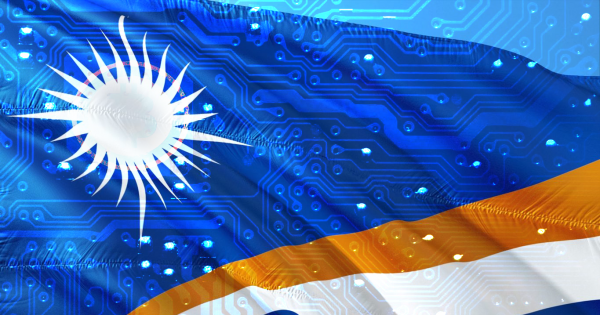 The parliament of the Marshall Islands voted in favor of an Order approving the creation and execution of an issuance plan for a national cryptocurrency and its ICO. They have not yet mentioned how much they hope to obtain, but it was known that one of the main benefits they hope to gain is the fundraising to address the serious health problem they are experiencing as a result of past U. S. nuclear tests.
To date, such cases have generated serious public health problems for which the U. S. government has never taken responsibility for their actions. The issuance of a cryptocurrency would allow them to obtain an alternative source of financing to mitigate this problem and resolve others in the long-term. Washington Post reports already mention the seriousness of the matter.

“There are still radiation-related cancers that have yet to develop or be diagnosed in the population of Marshallese who were on the islands between 1948 and 1970, according to a 2004 report by the U. S. National Cancer Institute.”
“The country is continuing to pursue compensation claims with the United States but the latter does not see any pressure to pay it. The Independent Nuclear Claims Tribunal awarded the islands $2.3 billion in health and property damages but that has gone unpaid.”

The cryptocurrency, approved by the Parliament of the Marshall Islands earlier this week, is named “Sovereign” and is labeled with the acronym “SOV”, as indicated by the sources and may be legally used just like the US dollar in the national territory.
The Marshall Islands, a country with less than 70,000 inhabitants and considered one of the tax havens by the European Union, plans to announce the ICO by mid-year, with a limited emission of 24 million SOVs representing its 24 municipalities.
The responsibility for the technological and logistical development necessary for the successful issuance has been delegated to Neema, an Israeli financial technology startup, according to official statements.
However, the use of said cryptocurrency will be relatively different from other speculative currencies because it will be used as traditional money, with similar regulations and characteristics, according to David Paul, minister-in-assistance to the islands’ President:

“This creates legal certainty for its use, because all jurisdictions have laws in place for dealing with legal tender, whereas private cryptocurrencies are dealt with differently in different jurisdictions,”

Few additional details have been disclosed about the emission of “Sovereign” coins, but since they are backed by a legally issued document from an official government body, it is expected that measures for its issuance will begin soon.
This would make the Marshall Islands another country willing to adopt crypto coins, following in the footsteps of Venezuela, Russia, Uzbekistan and Estonia, among others.