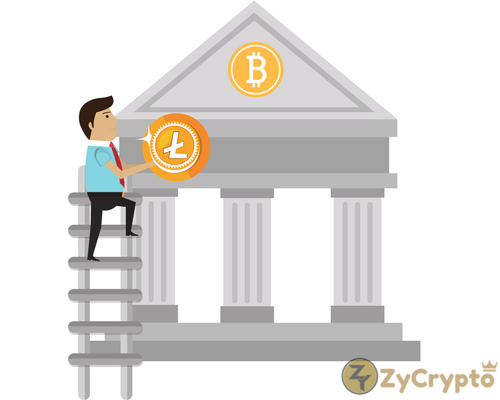 In a public video conference, European Central Bank (ECB) President Mario Draghi answered a question that has been the main debate of financial organizations at international level, giving an official opinion of the European Continent on a position that could be adopted regarding the use of cryptocurrencies.

“Many of you posted questions about whether the ECB is going to ban Bitcoins or it’s going to regulate Bitcoins, (…) I have to say it’s not the ECB’s responsibility to do that.”

These words sound surprising not only for the audience but for the media that covered such news, as it marks a big separation from other opinions and initiatives that strengthened the rumors about strong regulations for the cryptocurrency market.
These words seem to be a nuanced response to statements made by Agustin Carstens, head of the Bank for International Settlements, who called for central banks to end what he described as the “Ponzi scheme” of cryptocurrencies, by restricting their access to banks and financial infrastructure.
This point of view ratifies the declarations given last year by the highest authority of the European Central Bank when he said “it would not actually be in our powers (ECB’s power) to prohibit and regulate (Cryptocurrencies)”.
However, although these statements can provide some peace of mind to traders and traders in the European market, what they really mean is that the regulatory competition does not belongs to the Central Bank but could be responsibility of another Organism of the Public Power (such as the Parliament).
Even though he acknowledged that it was not his responsibility to regulate the market, he also warned of the dangers generated by the investment in cryptocurrencies due to its volatility: “Frankly I would think (about) it carefully,” he said.
Heads of the Central Banks of the G20 countries, will discuss in Buenos Aires, the measures that could be taken in relation to cryptocurrencies, adopting a shared position in this regard.
Technological Potential
Blockchain was recognized by Mr. Draghi as a technology that could serve as support for the advances in economic matters that the modern world requires, although right now it is too early to provide the solidity that is needed for a global adoption.

“We’re very interested in this technology but it’s still not secure for central banking and therefore we need to look through it and investigate it more.”

The European Union has been working hand in hand with Japan in areas of research and application of blockchain technologies to strengthen the financial market infrastructure for over a year, generating results that were qualified as “promising”.