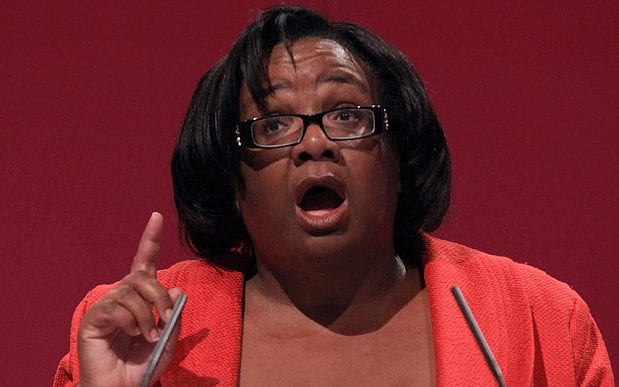 UK’s “Shadow” Secretary: If there is a Massive Adoption of Bitcoin’ The Whole Thing Would Collapse’
Ms. Diane Abbott, UK’s “Shadow” Secretary said yesterday in an interview with the famous magazine “The House” that Bitcoin was nothing more than a “gigantic Ponzi scheme (…) and if everyone took their bitcoin money and tried to buy a new car all at once the whole thing would collapse”.
She also promised that if elected, she would not only regulate the use of cryptocurrency but also would take all necessary measures to stop its use and spread as an alternative means of payment in traditional economic operations.
In British politics, Shadow Home Secretary is a member of the official opposition to the government party, which is responsible for “scrutinizing government policy on home affairs including policing, national security, immigration, the criminal justice system, the prison service, and matters of citizenship” according to Wikipedia’s explanation.
In other words, each official member of the government cabinet has a counterpart in a shadow cabinet that reviews his or her actions, proposes alternatives and points out failures in the application of official policies.
Bitcoin has had an accelerated growth in both prices and number of users, which not only defies Ms. Abbott’s vision but also demonstrates that apart from the speculative aspect, cryptocurrencies have succeeded in generating global confidence levels that are increasing every day.
Ms. Abbott’s opinions join those of several pro-establishment personalities, who have issued harsh critiques against cryptocurrencies. For instance, Mark Carney, Governor of the Bank of England said the government should hold Bitcoin and other cryptocurrencies to the “same standards,” as the rest of the financial system.
However, the reasons put forward by the Shadow Home Secretary, as well as her history of past statements, make it difficult to bring credibility and seriousness bias to her actual anti-cryptocurrency positions:
Some time ago, in what was called by media outlets as the ‘most embarrassing political interview’, Ms. Abbott suggested police officers could be paid 30 pence a year, which would allow her party to hire 10,000 people for this job.
Another controversial statement was one in which she mentioned that the city of Davao whose former mayor was the now President of the Philippines, Rodrigo Duterte, was located in Indonesia. Another funny statement was a tweet saying “We know fire puts out water.”
Abbott’s position does not reflect the position of her party: it is simply a personal opinion. Some time ago, a similar mistake put her back in the spotlight when she said she expected to see a second Brexit Referendum, while her own party was against the idea. Shortly afterward, she stated that it was a mistake and that she actually wanted the opposite.
Faced with this history of statements, perhaps few take Diane Abbott’s words seriously, but it is important to at least know them so that we can have an overview of what could happen if people like her came to power, especially in a year that seems to be positive for crypto coins with a softening of the official positions of many countries in the world.