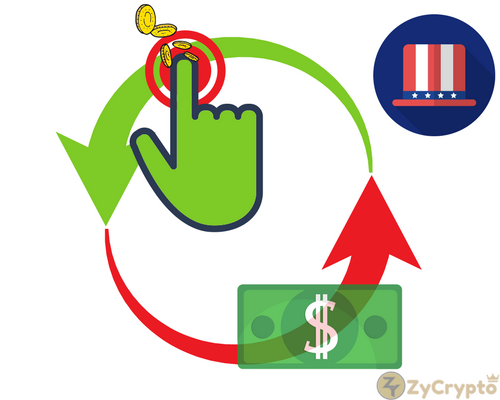 The exponential rise in the price of cryptocurrencies has led to the worldwide popularity of the crypto assets. Cryptocurrencies come with various advantages; it also has a few pitfalls. The US Treasury Secretary Steve Mnuchin has declared that they are keenly observing the cryptocurrency market and could convert the Us dollar into a cryptocurrency in the not too distant future.
According to Express, Steve Mnuchin has said that in line with the recent popularity of Bitcoin, the Treasury had made proposals of converting the US fiat currency into a “digital dollar.”
However, the top official said that the project might not kick-off any time soon because the government is a bit scared of the cryptocurrency mania. Mr. Mnuchin also reiterated that what matters most to him at for now how to make sure “bad people cannot use these currencies to do bad things.”
He talked about the need for consumers to fully understand that digital assets are very volatile for them not to get hurt. He said: “I want to be sure consumers trading this understand the risks. I’m concerned consumers could get hurt.”
Steve Mnuchin has called for an urgent G20 summit concerning cryptocurrencies, to avoid bitcoin being used like “Swiss numbered bank accounts.” He also pointed that despite the decentralized nature of Bitcoin and cryptocurrencies, the US government are currently investigating how to track bitcoin activities.
One of Bitcoin’s greatest attributes is its ability to help users carry out anonymous transactions and its decentralized nature. The digital currency offers a seamless method of money transfer without going through a third party.
This power of anonymity makes cryptocurrencies a great tool in the hands criminals. Governments all over the world are relentlessly formulating harsh laws that will reduce the anonymity of crypto transactions.
For example, it’s a worrying fact that South Korean authorities have started scrutinizing bank accounts of bitcoin exchanges as part of the ongoing cryptocurrency regulation in the country. These challenges currently facing the crypto world are part of the factors that have let to the current market bloodbath.