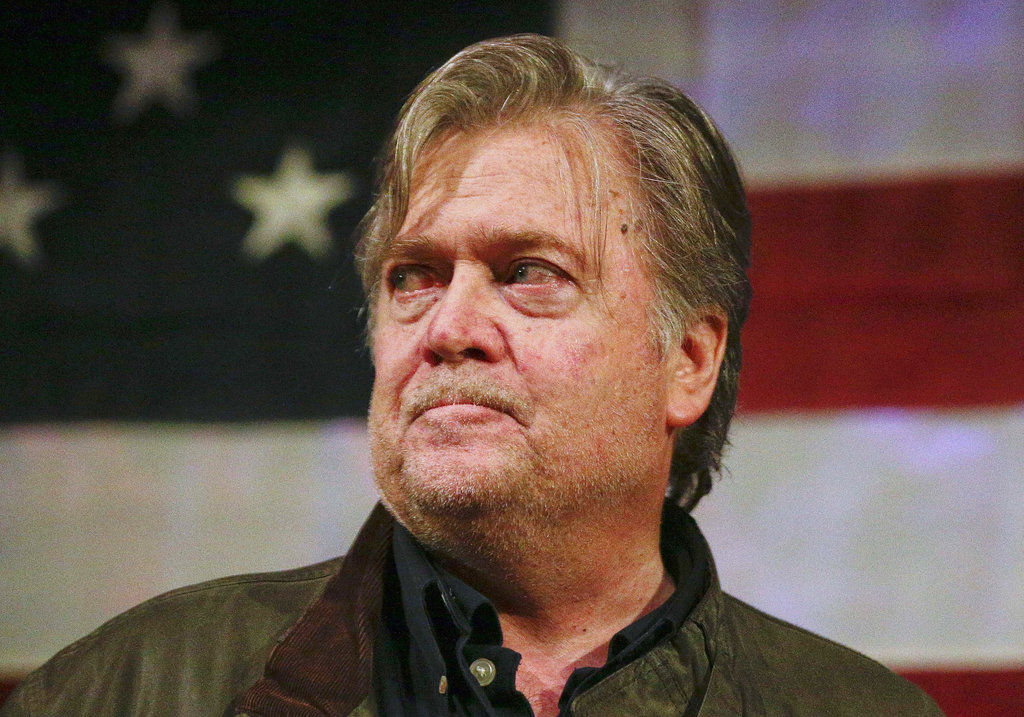 Steve Bannon, former chief strategist and senior counselor to the President Donald Trump said on a lecture published by Swiss newspaper Die Weltwoche on March 6 that cryptocurrencies and blockchain could “empower” people in order to fight the “european establishment”.
According to his words, while previously there was a “high church capitalism” which promoted the “maximization of shareholder value”,”the populist movement is based upon the maximization of your citizenship’s value “. The use of blockchain technologies would allow citizens to obtain a power and control that in traditional governments is centralized.
The conference, which aimed to promote an alternative right-wing movement, was an opportunity for Bannon to praise cryptocurrencies by saying that “(Cryptocurrencies will) empower [the populist] movement, empower companies,[and] empower governments to get away from the central banks that debase your currency and make slave wages.”.
Bannon’s words could point more towards destabilizing the power of European central governments rather than seeking a true empowerment of the people, something he didn’t promote when he was working for the American Establishment.

According to Bannon’s words, governments, central banks, companies and private initiatives deprive citizens of this “real freedom”, so the use of decentralization tools on information management can result in technological advances that allow people to change the conception of the political system as it is know right now.
Bannon is currently in Europe travelling to promote his vision of a right-wing world, giving lectures in which he talks about the potential use of the blockchain as an instrument of impulse for the right nationalism movement.
Bannon has defined himself as the “Riefenstahl of the GOP”, being Leni Riefenstahl one of Hitler’s most important propaganda producers. Such inspiration, along with the ideas shared by Donald Trump led him to become chief executive of Donald Trump’s presidential campaign, a task he successfully accomplished and later became a member of the president’s personal cabinet.
The use of cryptocurrency has been promoted by both right-wingers as Bannon and left-wingers such as Amir Taaki. However, the technology is neutral and can be used for both good and evil. It all depends on the conviction of the person who adopts them.
The truth is that its promotion, regardless of the purpose of whoever defends it, has managed to make blockchain one of the most profitable markets in history and one of the fastest growing technologies of the last few years.