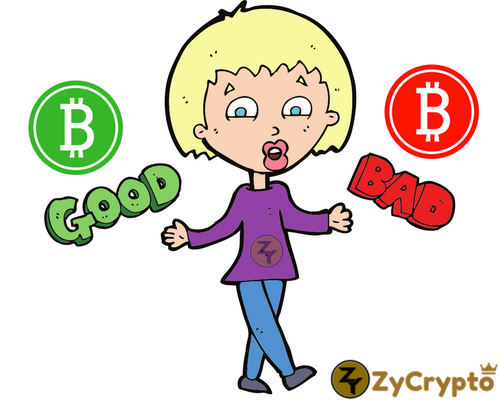 There exists concern over Bitcoin’s impact on energy consumption and the environment because of increased processing demands to mine coins. This concern, however, may be over-emphasized because advances in Bitcoin code and clean energy may mitigate this risk. Bitcoin, additionally, may replace less energy-efficient sectors making the technology good for the environment.

There seems to be an inherent flaw in the design of Bitcoin because exponentially more energy is required to mine more coins. The algorithm seems fair in terms of mining coins because, like other natural resources, one would expect the resource to be harder to the source.

The energy required to mine coins has a flip side in that the amount of energy expended may be environmentally unsustainable because, with Moore’s law + extra incentive to mine, Bitcoin mining may put an unnecessary burden on our energy demands.

Digieconomist, an analyst website, monitors an energy consumption index of Bitcoin and claims that the consumption may outrank that of an entire country. The index, however, is based on many assumptions and is not fools-proof at this stage.

Motherboard, a news site, recently went so far as to claim one Bitcoin transaction that uses as much electricity as a house in a single week! Denis McQuail, in his book Society and Journalism, listed many ideologies that can influence journalism, one being extreme forms of environmentalism. The claims surrounding Bitcoin energy consumption may simply be a form of environmentalism that is creeping into the Bitcoin world?

Digieconomist, however, claims that it is possible to calculate an energy consumption index with reasonable accuracy. VISA transactions, as a way of example, through their data centers consume similar amounts of energy to 50,000 US households. The transactions numbered 82.3 billion in 2016 and these figures can be used to estimate energy consumption.

These assumptions, however, do not take into account scalability improvements of Bitcoin that may make the technology more sustainable. This applies to transaction consumption, however, and may not apply to scalability issues of mining.
Bitcoin mining may become more sustainable through the use of more efficient algorithms like Proof of Stake (POS) rather than overreliance on Proof of Work (POW). POS has a focus on blocks rather than miners and thus can be more energy efficient.

Miners may opt for more sustainable forms of energy, like solar and wind, to cut costs and to increase profits. New forms of energy may emerge before the energy scalability issues arise thus making Bitcoin mining more sustainable.
Marshall McLuan, a journalist, claimed that the medium of electricity, unlike mechanical forms, naturally tended towards decentralization because it is less static and can flow between consumers quickly.

We cannot overlook the improvements of Bitcoin in terms of efficiency as it slowly takes over the finance sector. Bitcoin may actually benefit the environment as it replaces more mechanical industries like natural resource mining.