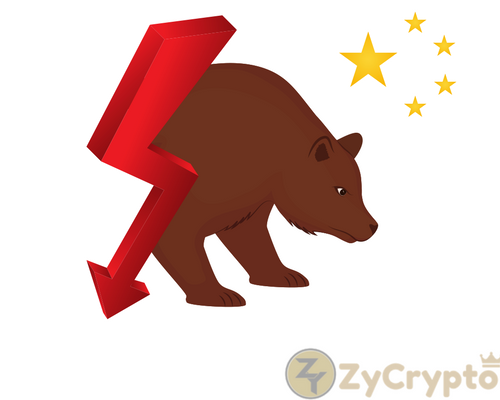 Reports have emerged from China that websites and mobile applications that offer cryptocurrency exchange services will be blocked in an apparent effort to prevent its citizens to access domestic and foreign platforms that provide centralised trading services.
In addition to this, it is also reported that people and firms involved in market-making, clearance and settlements services will also be targeted. China has already banned initial coin offerings, and put forth regulations that have shut down cryptocurrency exchanges within its borders.
If this is news is indeed confirmed by the People’s Bank of China, this will prove to be a double whammy as South Korea is also reported to consider banning cryptocurrency trading through exchanges. This news had a negative impact on the value of key cryptocurrencies such as Bitcoin, and Ethereum. This time too, Bitcoin’s value decreased by 1.2 percent as per Bloomberg’s indices.
These reports are in line with the global trend where governments are taking a much more cautious route to cryptocurrency – indeed China and South Korea were hotbeds of cryptocurrency trading on exchanges, especially for Bitcoin. In addition to these, the Chinese government has been targeting the Bitcoin mining industry as well, leading to many regions in China “actively” trying to shun such firms from establishing base.
Although the move related to clampdown on Bitcoin mining operators could be explained away from the energy intensive nature of mining, the latest moves should not leave the crypto currency community members puzzled, as many of the Chinese citizens were using the online platforms and mobile apps to carry out exchange services in spite of the ban against local exchanges.
A news that is of relief is that peer-to-peer transactions could remain unaffected which means that citizens are still free to trade with each other – which is essentially what cryptocurrency stands for!