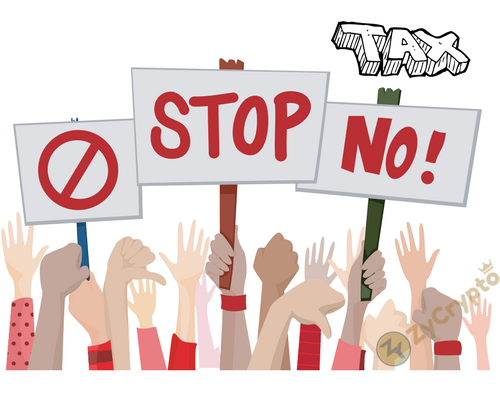 A petition was launched by cryptocurrency traders in Poland to protest against the Polish government’s decision to tax all cryptocurrency transactions. The decision would tax each and every transaction, even if the transaction incurs significant losses.
The petition was created on the website Change.org and demanded that all taxes related to digital currencies be abolished and blockchain should be released from government control. The petition has gained signatures from around 2700 people since the time of its inception.
In the petition, the cryptocurrency traders say that the money they have invested in digital currencies would be taxed multiple times, to the orders of hundreds and even thousands, if the tax system is followed by the Polish government.
The matter gained importance since last week, when the Polish finance ministry released a draft or an interpretation of the tax laws of the country, where it was stated that all income generated from digital currency transactions would be taxed at either 18 percent or 32 percent.
In addition, the Polish government, in the interpretation, said that dealing with digital currencies is a form of transfer of property and is hence subject to a 1 percent special tax. This means that even if one loses money while doing a cryptocurrency transaction, they would have to pay tax on the same or face government’s action against them.
Crypto enthusiasts believe that these draconian measures would stifle the small yet growing cryptocurrency market in Poland. The petition says that the Government of Poland, through this move, has restricted the market of cryptocurrencies from the Polish people and have not consulted with all parties before taking such a decision. They warn that this law would impose multiple taxation on them and would lead to loss of capital.
The Polish prime minister had earlier called digital currencies to be a Ponzi scheme and had warned the Polish public not to invest in cryptocurrencies. However, the government thinks that the blockchain technology would truly revolutionize the financial sector and is the system of the future.
Governments across the world are pulling out all stops to tax cryptocurrencies by devising new laws and methods in order to generate revenue from this new form of financial system. It remains to be seen what new measures governments take to extract more revenue as well as regulate usage of digital currencies in their respective countries.