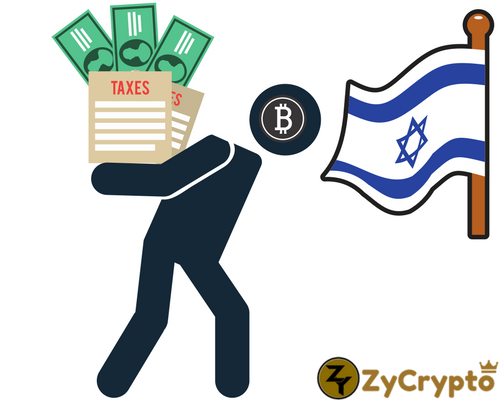 Last month, the Israeli authorities notified all cryptocurrency investors in the country that it would tax ICO schemes. In the letter,  it was stated that the people had a grace rod of two weeks to send in their comments and opinions.
However, the grace period has since elapsed and the government confirmed on Monday, that it would tax bitcoin and other virtual currencies as properties.
The Final Decision
The officials confirmed in a notice  on Monday that bitcoin and other cryptocurrencies would be taxed just like properties.
With this latest development, cryptocurrency investors in Israel now their fate. The authorities had earlier made it clear that cryptocurrencies are not the same as fiat money but can be classified as properties.
Back in January this year,  officials published a notice stating that ICO projects that made more than 15 million new shekels (INS) must follow the bookkeeping guidelines and profits made from token sales by ICO participants must be taxed.
it also declared that digital currency investors must pay a 25 percent capital gains tax, and cryptocurrency exchanges will charge a value-added tax of 17 percent
“A person whose income from the sale of tokens reaches the level of a business, his income will be classified as a business income, and it will be subject to tax rates under sections 121 or 126 of the ordinance,” some parts of the notice read.
It might interest you to note that the Israeli government has been considering to tax cryptocurrencies since as far back as 2013.
The Israeli government and tax authorities are still trying to enact laws that would continue to have either a positive or negative impact on the Israeli crypto space.
While other countries are creating tax breaks and laws that would make it easier for cryptocurrency and Blockchain companies to thrive, Israel is focused on crippling its virtual currency ecosystem.
This heavy taxation on ICOs, bitcoin and the altcoins might be a game plan to paralyze the growth of bitcoin in the nation since its considering to create a crypto version of the shekel.
It remains to be seen how bitcoiners in Israel will react to this latest development.