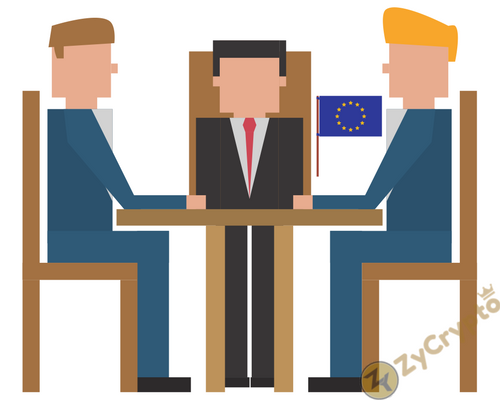 The European Commission, on the 10th of April 2018 organized an event themed Digital Day. At the event, countries in the European Union came together to discuss how to join forces to do more on technology. Topics that were presented in the event included artificial intelligence, health, and blockchain technology.

At The European Digital Day 2018

The Vice President of the European Commission and the Commissioner for Digital Single Market, Andrus Ansip gave the opening speech at the Digital Day 2018 saying his beliefs about the key points that should be deliberated about by the European Union countries. He spoke extensively saying that Europe should look into blockchain technology, artificial intelligence, and also the healthcare industry.

“Today is the time to look at the progress made over the last year. How to keep up the momentum, to build on our Rome success, and go further in other important areas of the Digital Single Market. This year, I will again ask countries to commit to Europe’s digital and data-based future – with a focus on artificial intelligence, healthcare and blockchain technologies.” He said.

In the past, the European Union has had discussions of various ways to regulate Bitcoin and blockchain technology. Countries like Poland are implementing more strict regulations on the new technology while others like Spain and Germany are trying to be considerate and flexible on their regulations.
Likewise, some other authorities are becoming worried about the possibility of them losing important enterprises which are already not able to find a good regulatory framework in the European Union. Andrus Ansip also addressed this saying:

“I would like to see EU countries make a similar commitment to blockchain technologies – now moving out of the lab and going mainstream. As with AI: we should make the most of this new opportunity to innovate.”

Andrus Ansip, an Estonian politician and also an Ex-Prime Minister of Estonia who served between 2005 and 2014. Estonia or recent has become one of the countries that have adopted bitcoin and other blockchain technologies.
Estonia has in the past tried to start its own Initial Coin Offering (ICO) and also to create the Estcoin, which would be the country’s national cryptocurrency.
The European Central Bank (ECB) was the first to comment, putting the plan to a halt. Mario Draghi, ECB president, said no country in the Eurozone would be allowed to promote another currency apart from the Euro at the time.