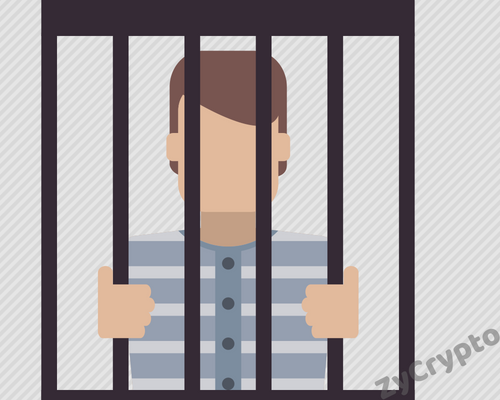 Cybercrook Louis Meza’s daring $1.8 million crypto heist faces a jail term of 25 years, along with his accomplices.
Meza, aged 35, planned the grand heist along with three other people he recruited. He had enlisted a church worker, Allan Nunez, 36 a church worker and Cesar Guzman, aged 38, a para official from the Education Department.
Guzman also recruited a co-member, Colon, at his local motorcycle club, to pull-off $1.8 million crypto heist.

The heist planned by Meza involved the kidnapping of an Ether currency victim. First, Meza set up a meeting with the victim, and at the end, he traveled by a hail-taxi to return home. In the process, he called Nunez, who pretended to be the taxi-driver, while hitman Colon, lay hidden in the back of the car along with a lethal BB gun.
When the victim entered the vehicle, Colon used his gun to threaten and demand the house keys of the victim along with the memory stick the victim used to maintain his Ether currency account. Meza then entered the victim’s home and left the place with a black box. Meza’s activities were recorded by the surveillance video.
Later, the trio had used the memory stick and other data to transfer all cyber funds to the personal account. Meza’s arrest in May this year, led to the eventual arrest of his accomplices.

The executors of the crime, trio of Nunez, Colin, and Guzman, were arrested on Tuesday. Meza and his recruits will also serve jail term with him, after their co-indictment for the November 4, 2017, cybercrime.
The Crypto crime was filed before Justice Melissa Jackson, who then ordered their arrest setting bail for the between $50,000 and $100,000. The lawyers of the crooks pleaded that the trio was non-guilty of kidnapping, larceny or other charges.
In fact, the lawyers attempted to gain lower bail for Guzman by highlighting his charity work and his need to care for his nephew who was autistic. But, the Court did not consider the plea and set his imprisonment at $100,000, the highest of the three.
The crooks, who quickly converted the virtual currency into cash stored in bank accounts, did not spend much of the stash. The police were able to recover much of the converted cash from Meza’s account.
The busting of these three cyber crooks have brought to the forefront the lack of strong security guidelines and regulations to protect users of the new virtual currency systems such as bitcoins or other alternate currencies.

Bit Hit: The Case of the Dark Web Crypto Murder