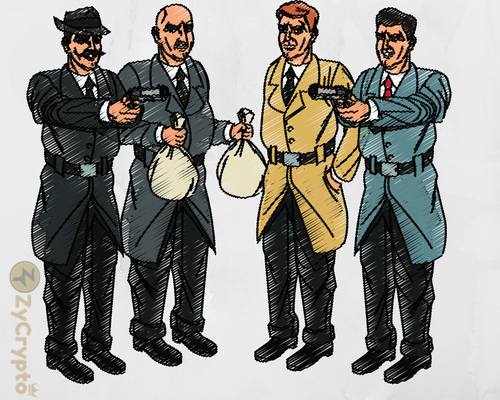 Officers from the New South Wales Police Force in Australia, have seized $350,000 in cryptocurrency from a dark web drug dealer.  A raid team made up of officers from special task force groups Strike Force Bergmark, Operation Odin and the state crime command’s cybercrime squad executed a warrant and searched the home of a 33 year old Vaucluse man.
There they found “cocaine, computers, mobile phones, a diamond ring, $70,000 cash and $350,000 worth of cryptocurrency“.
Officials tracked packages over time and built evidence against the arrested individual.

The arrested man is being “charged with 45 counts of import commercial quantities of border controlled drugs, supply commercial quantity of prohibited drugs, direct a criminal group and recklessly deal in proceeds of crime“.
New South Wales officials say that this case is linked to a bigger drug syndicate and intend to tie in the 33 year old as a kingpin who “distributed illicit drug packages across Australia.” The joint agency investigation involved special forces working together for months.  The charged has been denied bail.
The use of cryptocurrency in crimes is a major concern for those who are skeptical of the alternative to fiat money.  Money laundering and the sale and shipment of contraband goods is something that rose in the earliest days of Bitcoin and continues to grow throughout the crime world and the cryptocurrency space.
Several high profile crimes have been exposed in recent months involving the use of cryptocurrency.  In April, Carl Ferrer, the CEO of the internet classifieds website, Backpage.com, pleaded guilty to conspiracy and money laundering.
He used cryptocurrency to conceal millions of dollars from the government and hide the details of his dealings. The Backpage CEO also admitted to knowing that his company was used to aid criminals which supports the theory that cryptocurrency will be increasingly used in operations to proliferate the sale and use of illegal goods and services.