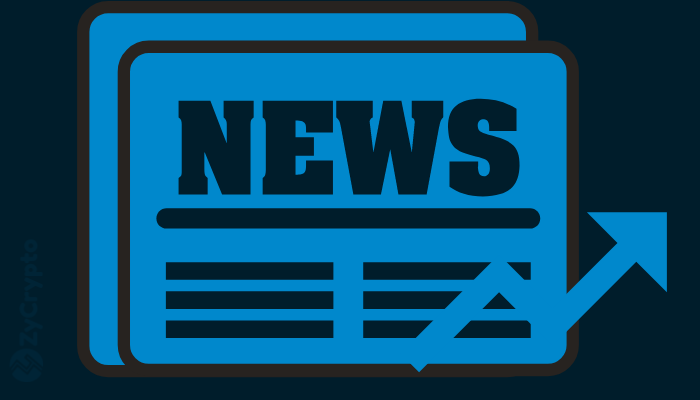 The month of November has been very eventful, probably the most eventful in the history of cryptocurrency. The market got a really hard blow in a rather incredible bear market which is possibly the worst in a single month for the industry.

Several other interesting events occurred within the month and we present a summary of everything for you to catch up on all the stories you may have missed. So, among the top stories in the month, we have the following:

One of the most important events of the month, the hard fork has also been implicated as partly responsible for the bear market experienced in the month. Bitcoin Cash, a fork of Bitcoin, was hard forked on 17 November giving birth to Bitcoin Cash SV (BCHSV) and (BCHABC). Trading and exchange services have been on hold for BCH because of the hard fork but will return to normal once the fork is properly implemented.

Since the first decline below the $6,000 mark, Bitcoin (BTC) has maintained the level even appreciating to $7,000 at some point. However in November, the dip occured again, this time going as low as $3,500. This created a lot of panic among traders and investors alike . although the dip was majorly due to a massive sell-off, more Bitcoin holders decided to sell their asset when it dipped below $6,000, thus worsening the situation.

Prior to the phenomenal Bitcoin Crash, a proponent of Bitcoin Cash who has worked very closely with the CEO Roger Ver, made a statement that many consider to have instigated the massive sell off that led to the crash. In a tweet, Wright said they (Bitcoin Cash) would have to sell BTC to fund any BTC miners switching to mine Bitcoin Cash. he also added “Think about it. We will sell A Lot! Consider that And, have a nice day”.

Many Bitcoin fans and enthusiasts have considered this statement as anti Bitcoin and capable of causing the crash in the price of Bitcoin and the market generally. However, some people do not believe Wright has what it takes to single handedly bring down the entire cryptocurrency market so low.

With the struggling cryptocurrency market this year, many have wondered what the future holds for cryptocurrencies. For Bitcoin, analysts and experts believe a few improvements in the industry could boost the asset’s market. One of these improvements is the Bakkt Futures Product which was scheduled to be launched on 12 December 2018. In fact, the COO of Bitpay Sonny SIngh had predicted that Bakkt and an ETF approval would bring a boost to the market for Bitcoin, raising its price to at least $15,000.

However, ICE announced within the month that the launch has been postponed till the end of January in 2019. The reason according to the company is to the company is to “provide additional time for customer and clearing member onboarding prior to the start of trading and warehousing of the new contract.” could the postponement have worsened the crash?

Justin Sun, CEO of Tron announced in November that the daily transaction volume of Tron has become 10 times that of EOS. He claimed the transaction volume is growing by over $20,000 daily. Apparently the company is growing really fast especially with its recently launched decentralized exchange Tron DEX that hit a trading volume of $184.5 million within five days of trading.

The company’s gaming Dapp TronBet is not left behind in the exponential growth. Within the month, Justin Sun announced that $3.1 Billion had been won in games on the platform. Every user is said to process at least 15,000 transactions daily, a feat which many believe has contributed to the strength displayed by TRX in the last few days.

Shocking news, EOS is not a blockchain

A benchmarking firm Whiteblock has reported that EOS is not a blockchain contrary to what everyone believed. Following a benchmark testing ot the network using a working replica of EOS and the findings are not very good. EOS is not a blockchain neither is it decentralized. What’s more? Their transactions are not cryptographically validated! This is a scary one for investors as the security of the entire network remains questionable being a centralized one.

Giant global payment network the Society for Worldwide Interbank Financial Telecommunication (SWIFT) has denied rumours that it intends to integrate with Ripplenet or XRP to facilitate international payments. Although Ripple is known to excel in cross-border payment processing, SWIFT  indicated it has no interest in any of its tools.

As a matter of fact,SWIFT has been working on upgrading its system and recently introduced Swift GPI, a platform it has instructed customers to upgrade to. The company currently handles 40% of all transactions between the US and China so apparently is doing well on its own and may not be interested in working with Ripple to improve its services.

XRP is the number 2 cryptocurrency by market capitalization and it has been there for sometime after displacing Ethereum (ETH). could Wright be saying this because he is jealous of the progress made by XRP or is it just because it fits the description of a security?

Apart from the bear market being its major characteristic, November was also a month that saw a high number of hacks. One of the major ones was he hacking of Google’s G-suite Twitter page to promote a scam. The scammers promised a giveaway of 10,000 BTC to its followers if they could send small amounts of BTC to verify their receiving addresses. This is just one of several hacks that happened within the month, most of them being scams.

As the market was experiencing a general decline, the interest for Bitcoin was growing. This was proved by Google search data for the month which showed an increasing number of searches associated with bitcoin. Some experts see this as a sign of good things to come because increasing interest always precedes a bull run. The effect is yet to manifest though as Bitcoin is still struggling to maintain its price at $4,000 at press time.