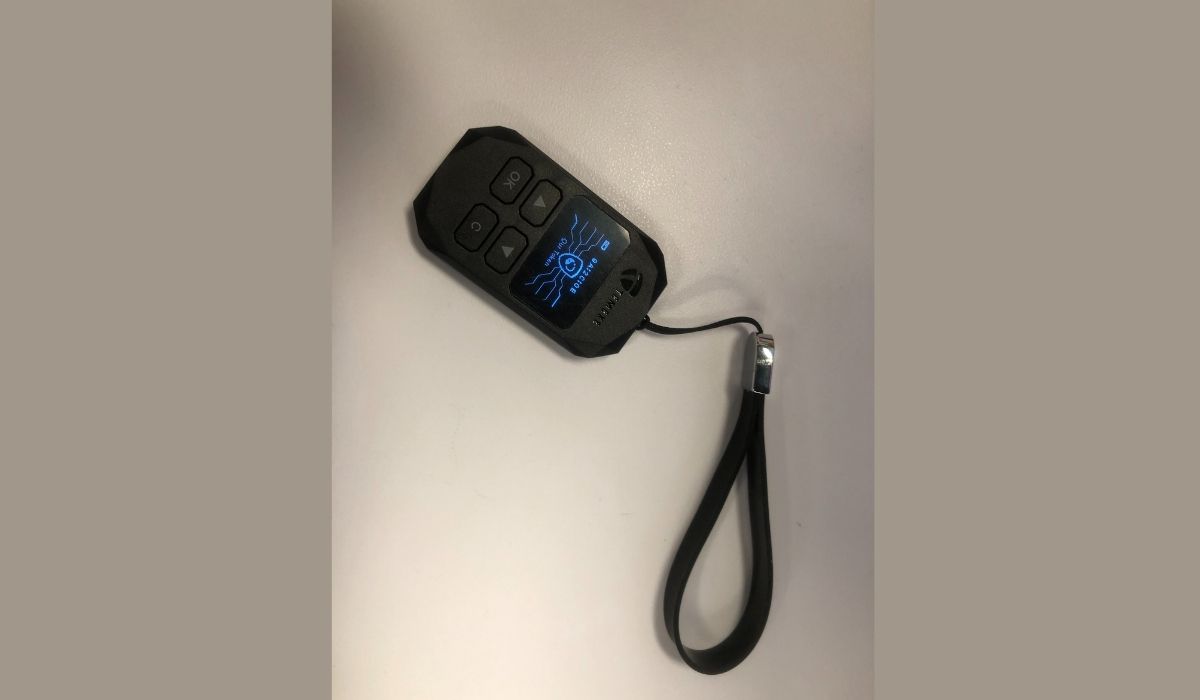 A hardware wallet has the ability to connect to an internet source send or receive specific cryptocurrencies and then disconnect from the internet source.  This is a valuable security feature because without being connected to a network, the holder can keep their coins safe from hacks like the infamous Mt. Gox. Cold storage can save you from disasters like that and anyone planning to hold cryptocurrency for extended periods of time should consider protecting their investments with a hardware wallet.

As soon as I got the box open, the first thing that took my notice was the gold plated collector Bitcoin that comes with the wallet. The coin was added as a little gift from Temexe and it actually feels like it’s heavier than the wallet itself. The wallet is sleek and small with a rubber wristband like keychain attached to it.

Upon set up I ran into a bit of a snag.  To use the wallet you must first download the ourToken app and verify either your email address or your phone number via text. Entering my number and clicking verify started a little 60 second counter but a code was not sent to me. I tried a few times and also attempted to verify by email but it resulted in the same countdown with no code being sent.

I sent the support team at Temexe an email to let them know about my problem and they got back to me rather quickly.  They informed me that their servers were updating and that it was blocking new users from receiving verification codes.  They ensured me that the update was completed and that I’d be able to get through next time around.

Once I got the wallet going, everything went pretty smoothly.  I was able to send ETH from my Binance account to the Temexe X hardware wallet within 5 minutes.  And sending ETH from the wallet to any ETH address took merely seconds and only minutes to be confirmed (6 to be exact) and can be completed even faster by toggling the pull switch all the way to the fast side on the left of the screen on the ourToken app’s interface.

Below the slow to fast toggle, the app provides the exact cost you will incur in fees which makes it easy to calculate, but a “use max” button could come in handy. Users can be sure that their transactions are safe and secure because the app is protected with a password and the user must press ok on the actual device in order to confirm a send.

The wallet also has up and down arrows that allow you to scroll through the numerous wallets you’ve created. The Temexe X will actually let users created and hold hundreds of addresses if they so choose.

If you own Binance’s BNB coins or have a bag of BAT you’ll be able to store your coins no problem. In fact, the Temexe X supports over 500 ERC20 tokens, so it’s highly likely that you can hold your investment securely on it.

A Temexe X hardware wallet does not have a WiFi antenna so it can only connect to the internet via Bluetooth. The device ensures secure Bluetooth connections with its Military Grade AES-256 symmetric encryption. With this advanced security technology, private keys are safe even in the event that the user’s phone is hacked, you can read the source code on github.

You can find a Temexe X for a little more than half the cost of other popular hardware wallets, the hardware piece currently goes for $69.99 and can be purchased on amazon, so it is a thrifty option for cryptocurrency holders that want to get serious about security.