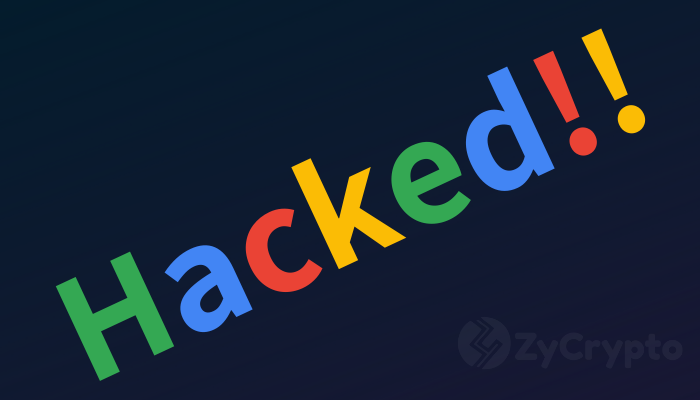 It looks like crypto criminals are all out to milk cryptocurrency owners dry. First, they used Elon Musk as cover, then the American retail giant, Target, and now G-Suite. 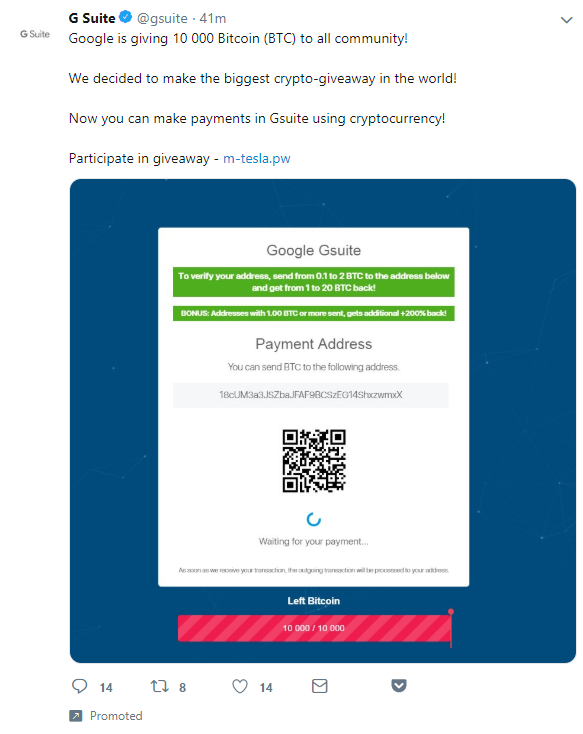 G-Suite’s official Twitter page was hacked on 13th of November and followers were requested to send between 0.1 and 2 BTC to verify their addresses in order to get between 1 to 20 BTC back. At least one will not expect G-Suite’s followers to fall for this one because these Twitter page hacks are getting old, but some desperate ones may still be victims.

Just yesterday, Target was hacked and the users were requested to send BTC to get more back just as the case with G-Suite now. Target told ZyCrypto that the Twitter account was hacked in the early hours of yesterday 13 November for about half an hour and a fake tweet with bitcoin address information was posted to request donations from followers to participate in a 5,000 BTC giveaway.

G-Suite’s scam promised a 10,000 BTC giveaway and made a fake announcement that users can now use BTC to pay for G-Suite services. The message reportedly lasted hardly up to 10 minutes after it was posted although G-Suite has not made any official statement about the issue.

These incidents call for vigilance and the reducing exposure time for the scam tweets suggest there is increased awareness. Target’s attack lasted 30 minutes while that of G-Suite was 10 minutes.

Twitter’s Spokesperson Laura Pacas also reached out to ZyCrypto and said that the platform is working on curbing the activities of scammers hacking Twitter accounts when the Target hack happened.

“We’ve been in close contact with Target this morning and can also confirm that their account was inappropriately accessed for approximately half an hour, after which we swiftly locked the account so Twitter could thoroughly investigate the issue. We also identified a number of other accounts that were inappropriately accessed in relation to this scam and have moved quickly to also take action against them. We will continue to closely monitor the situation.”

Now that they have been found out on Twitter, where will the scammers take their next attacks to? No one is safe especially the big companies online unless these criminals are found and dealt with.

For now, the questions on people’s minds are what is G-Suite going to do? What is Twitter planning to do about the incessant hacks? Should we continue to use Twitter? The news is still developing and will be updated when more information is available.

For now, no giveaway is legit on Twitter no matter how big the company is. As a matter of fact, the bigger the company, the more likely that the giveaway is a scam so don’t fall for it.