Bitcoin Cash has suffered a nearly 20% loss over the last few days. A $800 million dollar market cap drop is certainly something to be concerned about, but the turmoil is nothing new to BCH. 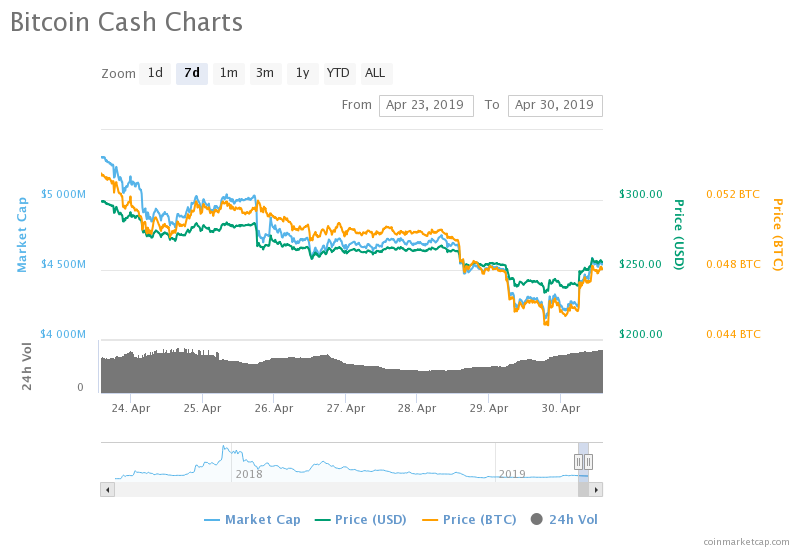 Bitcoin Cash was born out of the belief that Bitcoin was not following the original intention of acting as a digital cash system. After the break from Bitcoin, more disagreements within the Bitcoin Cash community led to another split. The result was BCHABC and BCHSV, with the latter being captained by the infamous Craig Wright.

The Japanese financial giant, SBI has been crypto friendly. But the strife and infighting surrounding BCH have made them decide to steer clear of the Bitcoin hard fork. SBI Virtual Currency exchange delisted BCH citing its price decline and a lack of security as reasons to oust the digital asset.

A few days ago president of SBI, Yoshitaka Kitao, explained his worries about Bitcoin Cash.

“Coins that frequently hard fork are ridiculous. I was going to promote BCH, but Jihan and Craig ended up fighting, and ABC and SV were born. Jihan side won and inherited the name BCH, but I decided to quit both. This caused the market cap for both coins to fall.”

And there are rumors of even more possible confrontations within the Bitcoin Cash community. There are rumblings that Bitmain wants to step away from its support of BCH and that would only cause more worry for BCH holders.

Community drama aside, the security issue raised by SBI may be the most serious problem BCH will have to face. Bitcoin Cash could be susceptible to a 51% attack. This would mean one party of miners would gain control of more than 50% of the network’s mining hashrate.

Recently an anonymous miner calling himself “Satoshi Nakamoto” gained as much as 44% of the Bitcoin Cash hashrate. Many in the crypto community suspect Craig Wright and Calvin Ayre to be involved. But nevertheless, this displays the vulnerability that SBI warned about.

Although many crypto enthusiasts enjoy the rebellious spirit of the decentralization movement, it also holds back the potential spread of blockchain. One of the cardinal problems in the cryptocurrency space is getting the traditional financial industry to take blockchain and tokenization seriously.

The immaturity showed in some of the crypto communities only serves as a detriment to the growth of the entire sector. If Bitcoin Cash doesn’t live up to the expectations of industry leaders like SBI, it’s price may continue to fall.