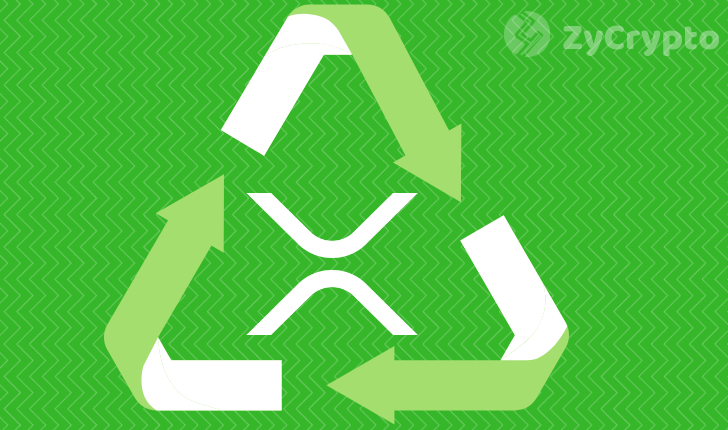 Just a few days ago, Ripple’s XRP showed signs it was probably going down. However, the cryptocurrency seems to have survived and is on its way to recovery alongside other top currencies. Several factors may be involved in bringing the asset back up, but one of them must be the recent announcement of a partnership between its host company Ripple and Saudi British Bank (SABB).

The bank has been working on a collaboration with Ripple to use its blockchain platform to facilitate cross-border payments since the beginning of 2018 and is finally excited to finalize the deal and bring blockchain payment services to its customers.

Ripple is known for the payment services it provides for clients across the world. The company has been largely successful at getting several institutional clients to work with. The company recently announced that its payment network RippleNet now has over 200 clients. All these developments have led to wider adoption for XRP which is used to provide liquidity for all Ripple payments.

The collaboration with SABB is likely going to open a whole new chapter of growth for XRP and probably help it to overcome the issues that have held its price down for so long by exposing it to a wider user base.

XRP has been in a tight race and struggling to survive above a price threshold. This has been ongoing and the asset lost the critical $0.3 support it has held delicately when the Tether-Bitfinex lawsuit hit the crypto industry, bringing down major cryptocurrencies.

A renowned trader recently said that the $0.29 price XRP sustained for a few days was a critical level that could lead to growth or a serious decline. It seems that the recent development, however, has enabled XRP to break the resistance and is now trading above $0.3.

XRP has actually been on a bad trip for some time now, starting with the company admitting that all banking institutions had dropped xRapid because of controversy about its status. The asset can really use this new partnership it gets back on its feet and who knows? It may encourage other financial institutions to sign up and XRP and Ripple may have a better future once again.

If things continue to get better for Ripple then its longtime rival SWIFT may be having a hard time. Although it may take some time, one way or another Ripple’s technology may take over SWIFT unless the company moves to blockchain technology which is clearly superior to what SWIFT has.