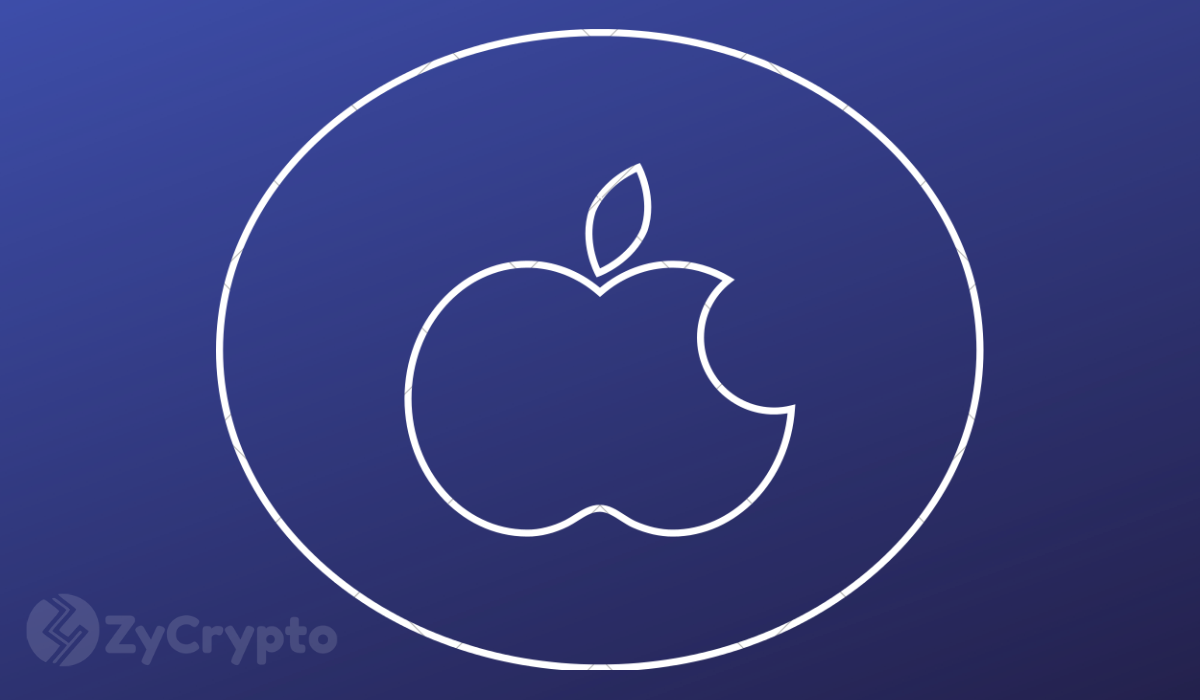 The article was written by Vladimir Malakchi, CMO at 482.solutions, marketing expert in the blockchain sphere.

In this article, there will be no news about the launch of any iCoin or Applecoin, but today we will look at several facets of the blockchain technology through the prism of its introduction into such a global and, not afraid of this word, giant corporation.

Of course, Apple Inc is associated with its flagship products, such as the iMac and the iPhone. However, if to characterize this corporation, we can call it a great specialist in the design and development of various hardware and software products, as well as the only true competitor of Microsoft in terms of technological dominance. More than 200 billion dollars in turnover per year, 132,000 employees worldwide and billions of users. Behind the scenes of stylish iStores is a tremendous work that does not subside for a minute and constantly produces technological innovations.

Blockchain – sooner or later: that is the question

Trying not only to follow the latest trends but also to create them, Apple could not bypass the blockchain technology anyway. For several years, the media have covered official corporations’ patents for researching or developing various blockchain solutions, but we are not observing any specifics.

For example, in February of this year, it became known that the Cupertino guys were thinking about introducing the blockchain into the supply of materials, even notified the US Securities and Exchange Commission about it. However, this fact is not mentioned in a separate document, but in a report of the corporation on ensuring human rights within the supply chains of minerals. Moreover, attentive report’s readers found a reference to the Blockchain Handbook, which is already being developed by Apple as part of the Alliance for Responsible Business.

I propose to switch on a little imagination and suggest how globally the blockchain technology can influence the multi-level processes of the most popular tech giant.

There is no perfect thing: vulnerabilities in the world’s best supply chain

Apple is a company which logistic system is always set as an example. Despite the incredible supply volumes, the corporation manages to always be one step ahead of its competitors. Tim Cook continues Jobs’s strategy for efficiency. As Apple’s head of the logistics department, John Martin, says: “Nobody wants to buy milk the day before yesterday.”

Interesting fact: the company focused on developing such a supply chain in 1997, just then Steve Jobs returned to the head’s chair of Apple. John Martin claims that then Jobs did not spare $ 50 million for the first iMac shipments during the Christmas holidays, leaving their competitors in this way overboard, because they most often used sea routes.

Apple is called the company with the most excellent supply chain in the world, since the tech giant does not stint on prepayments and advances, providing itself with everything necessary. It’s no secret that a partnership with Apple can provide the supplier company with a bright future, but to establish a business relationship with such a market’s shark is not an easy and very responsible task. For example, there was a case where one of the potential suppliers did not take a prepayment of $ 1 billion, not wanting to be too dependent on a global corporation.

It is also worth mentioning the important mystery that covers each stage of the supply process, ensuring its effectiveness. Moreover, all parts of the supply chain adhere to secrecy, Apple has to put control in the form of its employee in each of them. Moreover, there are rumors that once Apple even wrapped up its new products in juice boxes to protect them from third parties.

However, even in this seemingly well-tuned mechanism, the details fail. For example, in 2012, Apple was at the epicenter of the scandal because of an audit by the independent public organization China Labor Watch, which discovered a violation of several laws of the Pegatron Group, which was responsible for assembling the iPhone and iPad at that time. The investigation revealed that the Pegatron Shanghai factories (assembled the iPhones), Riteng (produced iMacs) and AVY (provided the iPads with details) violated China’s labor laws. Among the main complaints against the Pegatron Group was the use of child labor. Such a case was not the only one and always had an effect on the value of the goods for the end users, then on the enormous losses of Apple itself.

Also, we cannot but recall the numerous information leaks from both the suppliers and the employees themselves, who, under the threat of fines and even prison sentences, have not once distributed to the media information about new products that have not yet been released.

You will agree that the blockchain’s possibilities within such a logistic machine would be useful both in cases involving the struggle with the use of child labor and in the case of leaks of important data for the company.

By implementing the blockchain in every enterprise that is a link in the supply chain, we can create a secure registry of all employees and their employment contracts. At the same time, it is possible for each company to provide access to viewing, but not changing this information in real time. Thus, each Apple’s partner will meet the labor laws’ requirements of the country where its production is located, and corporation’s representatives do not have to spend tens or even hundreds of thousands of dollars to investigate and examine their suppliers without incurring reputational risks.

With information leaks can also fight the blockchain but with limited access rights. For example, the technology will allow to enter only certain data and to those employees who will have this right, while other information relating to the development will be hidden from unwanted eyes. Of course, it is possible that an employee who has access to specific information can spread it, however, it becomes much easier and faster to determine the source of the leak, which is important in those moments when there are only a few minutes to take control of the situation.

The fight for the original devices on the market

Apple is always in the favorites of copies’ manufacturers. On popular Chinese websites, you can easily buy an iPhone X for $150, though it’s not a fact that after receiving the package, the user can at least turn it on. Of course, such a counterfeit atmosphere also affects the reputation of the original manufacturer, since the potential buyer will postpone the purchase of the device, tormenting himself in doubts about the authenticity of the new and such a desired smartphone.

Apple is not satisfied with this state of affairs, therefore, since 2008, an operational group has been operating in China to combat the illegal copying of their devices’ design. But this is only a drop in the ocean of fakes, which can not dissolve multibillion-dollar flows of fake devices.

WikiLeaks published documents showing that Apple attempted to influence the Chinese government in order to take tough measures against sales and the production of counterfeit products. At the same time, Chinese officials refused to close the production of fake iMacs, explaining this concern for the employment of local residents.

Citizens of the Celestial Empire with a good imagination are no longer limited to devices of only one kind, a few years ago, photos of entire fake Apple stores appeared in the media.

Apple has problems with counterfeit, not only in China but also in their home states, where you can meet fake accessories and devices which are often cheaper than originals. In the war with fakes help only point battles, which give results only after time-consuming litigation and ongoing costs for legal services.

Since Apple is an international company whose devices are used by millions of users from different countries, where the legal bases for the regulation of counterfeit goods differ from each other, it is rather difficult to track this problem on different continents.

Consumer activity is significantly reduced due to the fact that to distinguish a fake from the original in appearance is sometimes not an easy task, so Apple can successfully integrate the blockchain into its production and solve all of the above problems with one technology.

Creating its own blockchain chain, where data on each unit of goods will be entered, allows buyers to still track the entire path of a device or accessory while standing at the store shelves. To implement this method of protection against counterfeiting, the product can be assigned its own unique code with which users can identify the original products at any time.

Information that a potential buyer will receive by entering this code will contain all the characteristics of the device. At the same time, the authenticity of this data is guaranteed by the blockchain, since it is impossible for unscrupulous manufacturers to change or delete the information from it.

It is possible that distributors of fakes will be able to purchase several units of original devices and extend their codes to fake goods. The way out of this situation is to place in the blockchain the status of the good and the transition status of its owner (for example, manufacturing plant, distributor, and the end customer). Such a method would eliminate a full-scale problem that Apple is struggling from the very beginning of its history.

Despite the smooth production and enormous popularity, Apple still spends part of its profits on those processes that could be optimized. For me, it is strange that such a trendsetter in the technology industry is only looking closely at introducing a useful blockchain technology, fueling public interest with the unrealized patents. The implementation of the blockchain in Apple’s business processes could be the starting point in the company’s new history and the beginning of the global adoption of technology around the world.