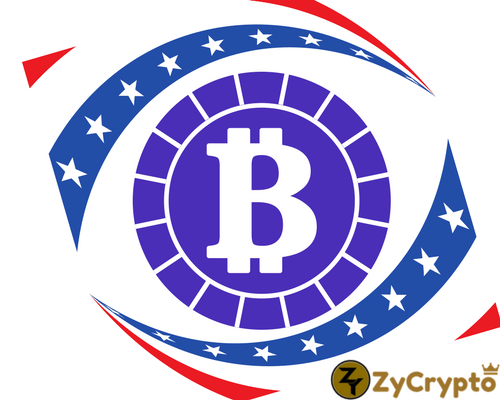 Another great news for the world of cryptocurrencies comes from White House cybersecurity coordinator and special assistant to Mr. Trump, Rob Joyce.

In a year that began marked by fear of government prohibitions, the United States (according to official statements) still does not know very well how Bitcoin works, so they prefer to apply a doctrine of perfect laissez-faire while “studying” the deeper aspects of bitcoin

Speaking to CNBC at the Munich Security Conference in Germany, Mr. Joyce said when asked about the United State’s position on bitcoin regulation:

“I think we’re still absolutely studying and understanding what the good ideas and bad ideas in that space are. So, I don’t think it’s close “

These words come as no surprise, after observing the opening of bitcoin futures trading in several markets, but does actually represent a relief for tensions among investors, which could contribute to keeping a bullish behavior on the cryptocurrencies markets.

One of the government’s biggest concerns is to properly weigh the pros and cons involved in massive adoption of crypto money as a means of payment: while on the one hand decentralized operations would reduce costs and be more convenient, there are risks associated with the irreversibility of transactions that would endanger victims.

“We are worried. There are benefits to the bitcoin concept – digital cash, digital currencies. But at the same time, if you look at the way bitcoin works after there is a criminal act that takes place, you can’t rewind the clock and take back that currency.”

These statements reaffirm precisely the need for them to continue their studies. Especially since the very fact that gave birth to the existence of  ETH as we know it today was precisely a community consensus in order to “rewind the clock” protecting the community from the infamous DAO attack.

2018 seems to be a crucial year for the development of legal instruments to regulate crypto money. A multimillion-dollar amount of losses from scam ICOs, Ponzi frauds and hackings set off alarm bells in regulators.

Similarly, the soaring value of bitcoin also sounded the alarm bells of banks when they first saw the opportunity to be replaced.

Up to recent days, bitcoin has recovered from its previous trend, showing a bullish behavior that places it above 9000$.