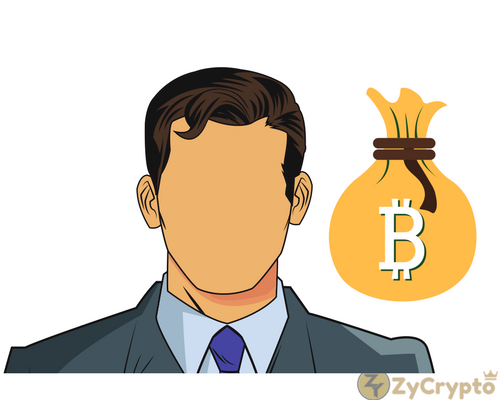 When Satoshi Nakamoto created a payment network based on cryptography under the name Bitcoin, he never imagined the revolution that this would mean. A simple message written in a public mailing list changed the world of finance (and most likely “the world”) by opening the way to the blockchain era.
This email, dated Sat, 01 Nov 2008 sent exactly at 16:16:33, simply made him look like a computer geek, developing a project from home and sharing it with a group of cryptography enthusiasts on the metzdowd.com website:
“I’ve been working on a new electronic cash system that’s fully peer-to-peer, with no trusted third party.
The paper is available at:
http://www.bitcoin.org/bitcoin.pdf”
Those were Satoshi Nakamoto’s first words to the world, generating a series of diverse reactions that can be observed in the responses to that message, ranging from curiosity to sheer skepticism.
Then, by Thu Jan 8 14:27:40 EST 2009, Satoshi announced the public release of his project, one that was not going to grow quickly until next year, but still, a project he (or she) knew it was worth to spread and trust.
“Announcing the first release of Bitcoin, a new electronic cash system that uses a peer-to-peer network to prevent double-spending.
It’s completely decentralized with no server or central authority.
See bitcoin.org for screenshots.
Download link: http://downloads.sourceforge.net/bitcoin/bitcoin-0.1.0.rar
With this message began an interconnection of enthusiasts who were actually not quite sure what to do with that coin, but still believed in its potential.
The first BTC transaction ever was made by Satoshi Nakamoto himself to another enthusiast who, from his very first mail, showed great enthusiasm for what Bitcoin could represent: Mr. Hal Finney. At the time he recognized a fundamental problem but, in an almost prophetic way, also spoke of what Bitcoin could become (and that nowadays it seems a matter of time)
“One immediate problem with any new currency is how to value it. Even ignoring the practical problem that virtually no one will accept it at first, there is still a difficulty in coming up with a reasonable argument in favor of a particular non-zero value for the coins.
As an amusing thought experiment, imagine that Bitcoin is successful and becomes the dominant payment system in use throughout the world.  Then the total value of the currency should be equal to the total value of all the wealth in the world. Current estimates of total worldwide household wealth that I have found range from $100 trillion to $300 trillion. With the 20 million coins, that gives each coin a value of about $10 million.”
This was his response to the email sent by Satoshi, announcing Bitcoin’s release.
Precisely, while the tests were being carried out, as Hal himself comments in a bitcointalk thread, BTC reliability was becoming more and more established. Satoshi Nakamoto mined his first block in 6 days with his CPU (the years of the famous Core2 Duo) and obtained its first reward of 50 BTC  The assigned block or block genesis, is block 0… It cannot be spent.

However, Satoshi Nakamoto not only used this wallet address to receive his mining rewards. He created a series of random wallets to test the stability of the system. According to an advanced study During that testing period, analyzing only up to block 36288, the use of Satoshi Nakamoto’s computer to mine bitcoins could have generated at least 1814400 BTC of reward, of which 1148800 BTC have never been spent (63%).
(ermmm) sorry… I just choked on my soda… 1,148,800 Bitcoins… Wow… This makes Satoshi one of the richest men on earth! He even was listed by Forbes as the number 44 on the list when BTC skyrocketed to 19000$ (a price that could be surpassed actually sooner than later according to experts)
From that amount, as Hal counts, the first valid (and spendable) bitcoin transaction, was from Satoshi himself to him… A donation of 10 Bitcoin that remained in oblivion (because it had no monetary value at the time) and that now, according to Mr. Finney, is kept in a cold wallet for his heirs..
The first transaction that gave bitcoin a commercial value was the famous purchase of 2 pizzas for 10,000 bitcoins (sorry, I choked again… the most expensive pizza ever!) made by the bitcointalk user by the name of “laszlo” to the user “Jercos”.  If we assume as the same user says that each pizza cost $25, the first official value of bitcoin was $0.005. Another person who wouldn’t even imagine how important this crypto would become.
“Well I didn’t expect this to be so popular but I can’t really afford to keep doing it since I can’t generate thousands of coins a day anymore 😉 to everyone who bought me pizza already but I’m kind of holding off on doing any more of these for now” Sai Laszlo on the same thread later…
But why is it important to know a little bit of history? Because it is only by knowing the past that we can have an understanding of the present and a proper projection of what can happen in the future.
Whoever has enough curiosity can explore the chain of blocks and see that the mine-direction of the genesis block that should have 50BTC (the 1st reward ever obtained) actually has much more. By February 2018, it has 66.75688649 BTC accredited, with a total of 1164 transactions. All of them donations.
However, the first 50 BTCs generated by Satoshi are not expendable, since, by system design, they correspond to the “block 0”, which was not added as part of the blockchain. However out, of the thousands of wallets that Satoshi has, this one is still receiving donations, the most recent (to date) of 0.000116 BTC, made by address 1Ez7JR8mGf4oG8Vbvh7B9qZXPrifHgtcUo
Every donation given to that Satoshi wallet means a sum of money that is destined to be part of the void that means enlarging the list of unspendable transactions in the genesis address.
But why do they do it? Perhaps it’s a way to thank that person who anonymously changed the world. We can’t give money or fame to Satoshi Nakamoto. We can’t interview him and thank him for revolutionizing the world of finances and giving us a better future.
But if he does exist, we can let him know that we thank him by leaving our mark on the blockchain giving him part of what belongs to us to an address that we know with certainty that is his. It doesn’t matter if it’s spent, it doesn’t matter if it’s lost, the important thing is that in that block explorer, our encrypted name appears with a transaction for Satoshi Nakamoto.
And that’s why Satoshi Nakamoto is one of the richest people in the world, one of the most influential people of recent times, a person who keeps receiving Bitcoins leaving the world with the mystery of knowing whether he is even one person.