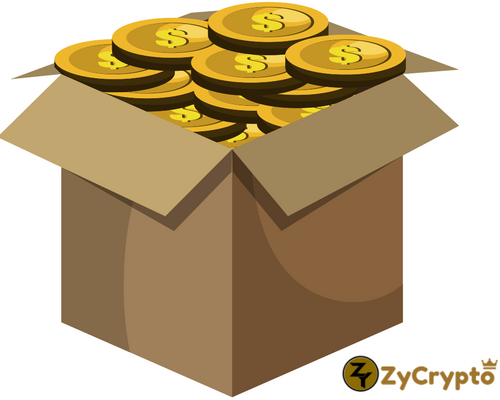 While it is true that cryptocurrencies represent a risk to investors, it is also true that if there is no investment, there is no risk to assume. If one looks at things from this simplistic perspective, the United States may have discovered one of the best ways to make easy money.
According to an investigation carried out by Fortune , the U. S. government has had custody of at least $1 billion – perhaps even more – in cryptocurrencies at some point or another.
Also, it is impossible to know how much money that country has retained as a result of successful anti-criminal operations, but each time any of them succeeds, the material goods obtained from such activities are confiscated by the State and auctioned or sold to interested third parties. Then that money is redistributed to cover the costs of public administration.
In the case of the various frauds committed, many criminal operations have been carried out thanks to the fast and anonymous financing offered by cryptocurrencies.
According to official statements, the FBI has a department of Asset Forfeiture which main task is to “disrupt, dismantle, and deter those who prey on the vulnerable for financial gain, including criminal organizations, drug dealers, terrorists, and white-collar criminals”.
There are three types of forfeiture under federal law: criminal forfeiture (brought as part of a criminal prosecution of a defendant), civil judicial forfeiture (it is an action filed against the property itself, rather than a person), and administrative forfeiture (when a property is seized but no one files a claim to contest the seizure).
This department has managed to confiscate an amount of at least 5 billion dollars (declared) in goods returned to the victims. The amount of money in cryptocurrencies has not been officially revealed.
The anonymity that surrounds cryptocurrencies is one of the characteristics that considerably increases the possibilities of corruption. This, added to the secrecy with which the department is run (alleging security reasons), allows to distrust the results and be sure that calculations are simply conservative estimates.
In January 2018 alone, the US Marshals opened an auction for 3,813.0481935 Bitcoin with a minimum deposit to participate of $200,000. According to the conditions published on its official website.
“This sealed bid auction for approximately 3,813.0481935 bitcoins separated into three series: Series A (5 blocks of 500 bitcoins), Series B (5 blocks of 100 bitcoins) and Series C (1 Block of approximately 813.0481935 bitcoins). You will not have the opportunity to view other bids. You will not have the opportunity to change your bid once submitted.”
Previously, important confiscations have already been reported for values of around $35 million dollars as a result of the arrest of former agent Shaun Bridges, or $48 million dollars as a result of the closing of the famous dark market “Silk Road” . On that occasion they sold the bitcoins for an average of $334. To imagine the amount they would have obtained if such an auction had been held two months ago is impressive.
However, by not publishing the date of seizure or the identification number of wallets, it becomes impossible to check the movements made or even to verify the transparency of the procedures. In fact, the use of legal loopholes is easily verifiable when the 3813 Bitcoins “FOR SALE” are published, and in the same advertisement, just one line below says that “THIS NOTICE DOES NOT CONSTITUTE AN OFFER TO SELL”. 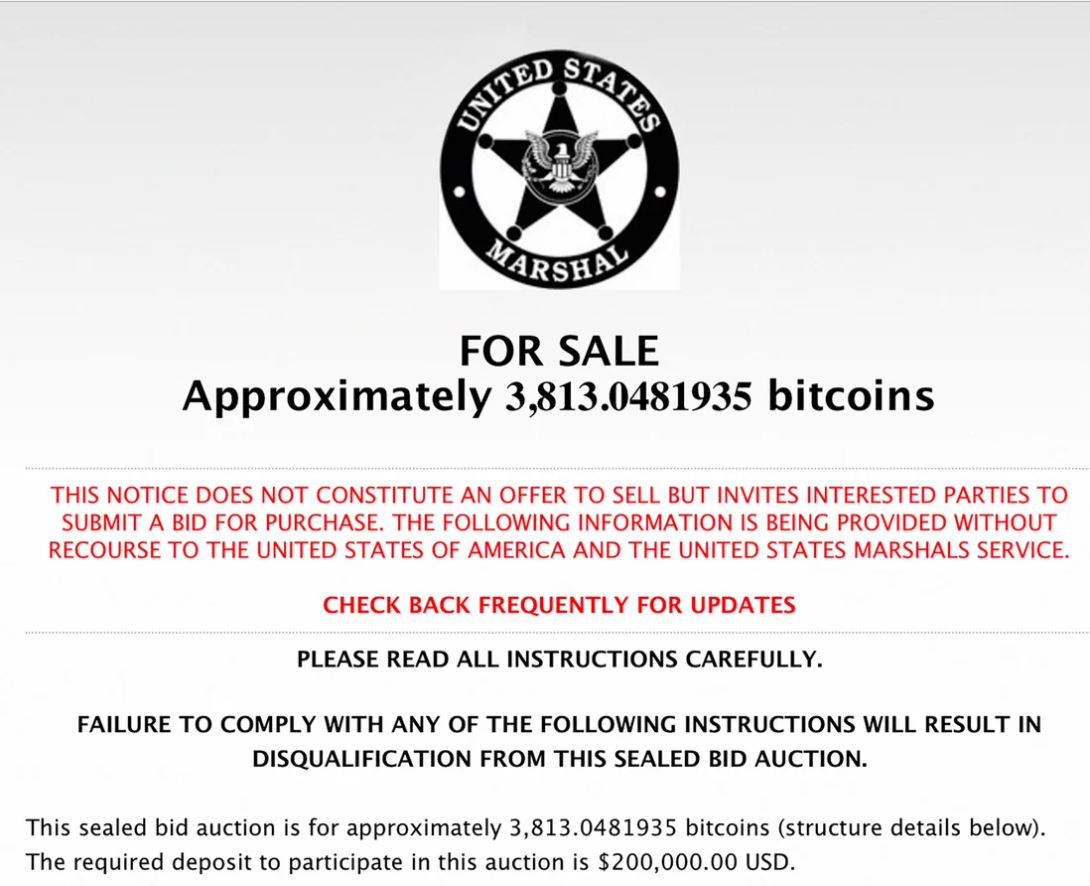 While there are no regulatory mechanisms yet on the use of crypto among citizens, governments should at least focus their efforts on establishing legal bases that provide sufficient transparency and credibility for their own operations with cryptocurrencies.