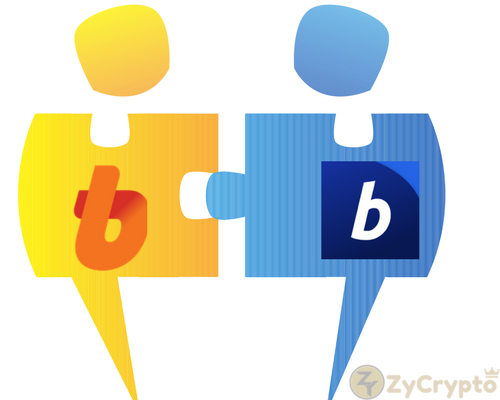 The remittance industry is a huge industry worth billions of dollars. Every day, migrant workers from all parts of the globe send money to their families in their home countries via various remittance-focused firms such as Western Union, MoneyGram, and others.
However, there are quite a number of challenges plaguing this method of sending money, therefore, Bithumb and Bitpay have joined forces to facilitate remittances and benefit immensely from this huge industry.

According to reports, the chief commercial officer at BitPay, Sonny Singh has hinted that the firm will process roughly $4 billion worth of bitcoin transactions in 2018. He also made it clear that the bitcoin payment facilitator’s primary objective for this year is to make bitcoin easily available for the masses by assisting large cryptocurrency retailers to integrate digital currencies as a payment method.
In a chat with CNBC , the official said that the bitcoin payment processing company’s alliance with the heavyweight crypto exchange is in a bid to leverage the $200 billion remittance ecosystem by processing payments between South Korea and the West.
For some time now, quite a number of remittance-focused firms have tried integrating cryptocurrencies into their operations to enhance the processing of large amounts of remittance transactions, in a bid to reduce transaction fees paid by both the senders and receivers of these payments. Another great benefit of getting on the blockchain is to make the remittance process faster than what it is currently.
On February 15, ZyCrypto told  you that Western Union was looking to integrate Ripple, a blockchain-powered altcoin into its processes to facilitate cross-border payments.
Apart from the issue of high fees, another great challenge is that receivers of these remittance payments who live in remote villages where there are no banks or remittance offices, often have to travel long distances to urban cities to collect the money. This makes the whole process cumbersome and expensive.
With the new Bithumb- Bitpay partnership, Singh has made it clear that cross-border payments can now be made with only 1 percent transaction fee, with a settlement time of 1 day. In his words:

“We’re trying to make it so that people can get money cheaper and quicker from suppliers internationally. So right now, someone in South Korea can pay a million-dollar invoice in the United States using Bithumb to buy bitcoin and pay the invoice, and BitPay will process that invoice and settle in US dollars the next business day.”

What’s in it for both Parties?

This deal is a symbiotic relationship between both parties as they will both make billions of dollars in transaction charges.
On March 1, BitPay sent out a notice to some of its clients informing them about its updated terms of use. With effect from April 2018, the bitcoin payment processor will stop servicing merchants who sell explicit sexual content, narcotics, research chemicals and many other goods and services
The author strongly believes that BitPay’s alliance with Bithumb will help it recoup some of the losses it might have made due to its new business policy.