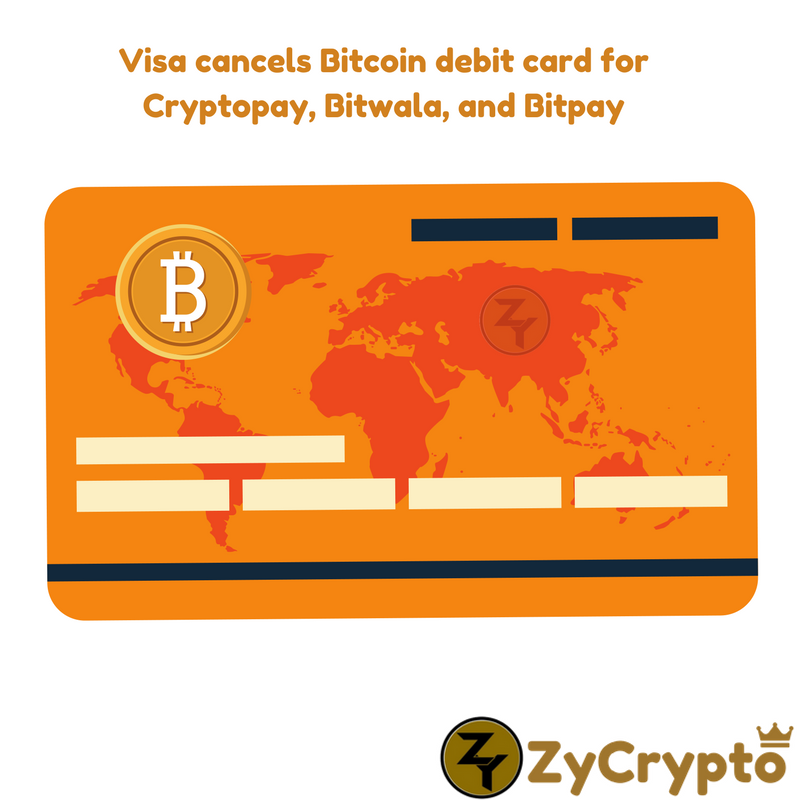 Visa has cancelled their Bitcoin debit card program because their issuer WaveCrest Holdings Ltd were not ‘complying with their operation standards’.
WaveCrest Holdings Ltd were asked to freeze all debit card programs from Visa because of a lack of compliance with operating standards. The change came as a shock for consumers who were given little warning about the cancellation.
Services affected by this change include Cryptopay, Bitwala, and Bitpay. The services announced that they would return all funds to investors. Cryptopay and Bitwala cards have been suspended since 5th January and cannot be used anymore.
Bitpay was currently expanding their service to allow users to fund debit cards with cryptocurrencies but spend with US dollars, British pounds, or Euros. Bitpay had been marketing the changes since last year in 2017.
The prepaid debit cards would allow users to boost them up on Bitcoin and Ethereum coin and then spend the funds with fiat currency as they normally would do with a regular bank card. This change was highly anticipated by consumers because it would change the way Bitcoin investors could use their coins.
Bitpay announced that the changes came directly from Visa who demanded that operations close immediately with the debit card program. There seems to be consensus amongst the exchanges involved in the program that the order came directly from Visa.
Visa has also made a statement saying that the program has been cancelled because WaveCrest had “non-compliance with our operating rules”. Visa holds strict standards for their operations and claim that this is the main reason for them ceasing the program.
Bitwala held an emergency meeting to try and resolve the issue with card holders. The change seems to have come as a shock to both card holders and exchanges alike.