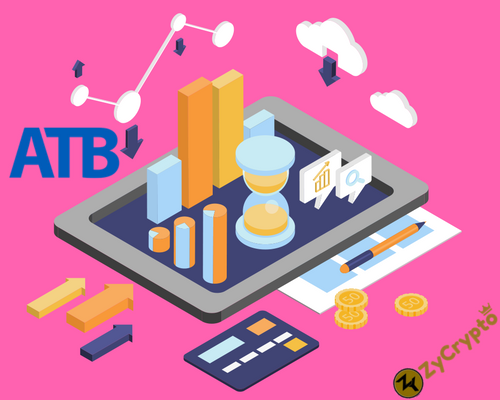 Blockchain and Banking haven’t gotten along. If there’s one thing common on news portals since Bitcoin came to light, it’s the negative headlines resulting from the pessimistic statements of big bankers regarding cryptocurrencies.
“Fraud,” “Bubble” and “Ponzi Scheme” are the most common words heard from CEOs and bank spokesmen around the world, and although some have lately called Bitcoin a threat, cryptocurrencies seem to be unstoppable, increasing their popularity even in spite of the bearish trends of recent months.
However, ATB Financial, a Canadian bank in the province of Alberta has shown that its team does not share the vision of its peers and while most banks are closing the doors to innovation initiatives involving blockchain technologies, ATB has been engaged in investing in this area by expanding its portfolio of financial services.
To exploit this market niche, they opened the Office of Innovation with campuses in Calgary and Edmonton, Alberta, which is responsible for providing information and advice on the best methods of financing this type of venture, demonstrating that, for ATB Financial, blockchain is a priority.
In an interview with Bitcoin Magazine, Mike Brown, ATB Financial’s innovation director highlighted the bank’s innovative vision in trying to provide services to a sector that was being deliberately discriminated:

However, to save the legal responsibilities that could derive from these types of activities, he emphasized that even when financial services are provided to these types of initiatives, this does not mean that he supports or is promoting them. They are merely eliminating prejudices when it comes to the provision of services.
He also mentioned that one of the most emblematic projects they are financing is the creation of a blockchain that will allow the tokenization of oil contracts. The ICO is expected to launch soon:

ATB has partnered with IBM to build a proof-of-concept blockchain that streamlines payments across energy companies for Oil Settlement day. We have validated the model with the industry and have recently engaged two large industry players in designing the next round of solution development and pilot testing (…). We are also looking at supporting other players that may have their own blockchain initiatives. Our support of Oleum Capital and their ICO or GuildOne’s Royalty Payment settlement is an example of this.”

He concluded by pointing out that banking will eventually need to turn their sight to blockchain as they will risk lagging behind in the natural evolution of financial relationships between users:

“Banks are still very wary of the industry, and they don’t want exchange-like businesses, but the banks are slowly starting to understand that most people in the crypto space are not handling money – they’re developing new software.”

What’s your say on this ?, Let us know below in the comment section.