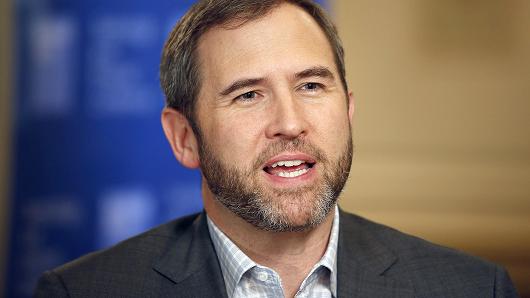 In this frenzy of cryptocurrency organizations and the governments being on opposing sides all throughout 2017 and even in 2018, a familiar name in the world of cryptocurrencies has stepped in to this debate and aired his opinion.
That familiar name is none other than Ripple CEO Brad Garlinghouse, who recently requested cryptocurrency organizations and their members to co-operate with different regulators in different countries.
In an interview aired on CNBC on Wednesday, he said that the blockchain revolution is happening within the cryptocurrency industry itself. He also emphasized the fact that industry members must realize the fact that they have to work with different governments and their regulators.
The interview came amidst the fact that Bitcoin dropped below $10,000 level in this week after the United States Securities and Exchange Commission announced that digital asset agencies operating within U.S. borders need to register with them in order to continue their operations in the country.
Ripple is a company which is known for developing methods for faster and more efficient transfer of funds and other financial services. Their token is named the XRP which can be used to initiate the fast transfer of funds.
XRP is listed on more than 60 exchanges worldwide but is still not available on Coinbase, which is the most popular cryptocurrency exchange operating in the United States. Many analysts believed that the Ripple CEO’s appearance on CNBC the same day an announcement was supposed to be made by Coinbase Chief Operating Officer Asiff Hirji signalled a partnership or a joint announcement of sorts between Coinbase and Ripple.
But, Garlinghouse later said that it was the decision of Coinbase on what they want to do and what they do not want to do. He also said that he would refuse to comment any further on speculations.
Garlinghouse also highlighted the acquisition of Poloniex by Circle and said that even more announcements similar to those would be revealed to all in 2018 as he believes that consolidation would take place as the markets mature.
Ripple has seen its fortunes change during the great cryptocurrency boom of 2017, with its current valuation of XRP tokens being more than $60 billion.