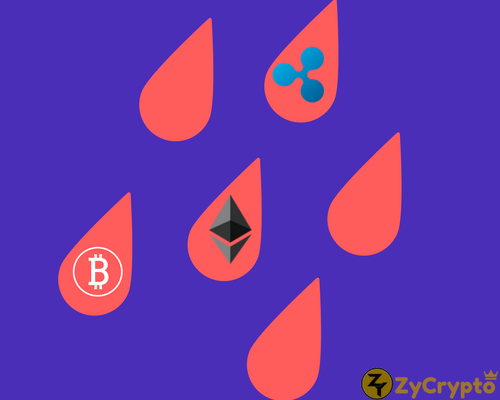 On Wednesday, March 7, 2018, the United States Securities and Exchange Commission made a statement saying that cryptocurrency online trading platforms must be registered and must follow additional rules.
This statement serves as a further signal that regulators are becoming stricter regarding digital cryptocurrency. The U.S. SEC stated that “potentially unlawful” online trading platforms are possibly steering investors towards a false sense of security.
The most popular and well-known cryptocurrency, Bitcoin, fell to $9,450 (an 11.9 percent decrease) on Wednesday morning – the lowest it has fallen since February 26. Other cryptocurrencies, such as Ripple and Ethereum, also fell by 8 and 9 percent, respectively.
Although there are plenty of cryptocurrency trading services, only one (Liquidity M) has been verified as having been registered with the SEC as an ATS.
The aim of the SEC statement that was issued on Wednesday is to crack down on the online cryptocurrency platforms that are operating illegally, and the statement also serves as a step in the right direction regarding the legitimacy of the cryptocurrency industry and the possibility of the industry being taken seriously as time goes on.
Measures like this have been coming from regulators around the world, as it has been long expected by analysts. Regulators and governments alike were amazed by the speed and the meteoric rise faced by cryptocurrencies in 2017, and since then have been devising plans and strategies to combat and regulate them and even tax them in order to generate more revenues for the exchequer.
Some countries’ governments have been extremely positive towards cryptocurrencies, with Japan spearheading the initiative, making bitcoins and other cryptocurrencies as legal tender in their country subject to various laws. Australia and New Zealand have had positive news to share about cryptocurrencies.
Other governments, on the other side, have been totally against cryptocurrencies, for example, the Middle Eastern countries, who have banned cryptocurrencies from being circulated in the country. Some countries, notably China and South Korea, have changed their stance regarding cryptocurrencies, and have gone down hard on exchanges conducting cryptocurrency exchanges in their respective territories.
While the government and federal authorities in the United States have not been too harsh on cryptocurrencies, they have asked companies to ensure proper identification is done before cryptocurrency transactions take place between US citizens.
It is expected that the country would reveal a set of rules and regulations encompassing digital currencies soon, with companies as well as other governments looking keenly at the US government’s actions regarding cryptocurrencies before deciding about cryptocurrencies in their own country.