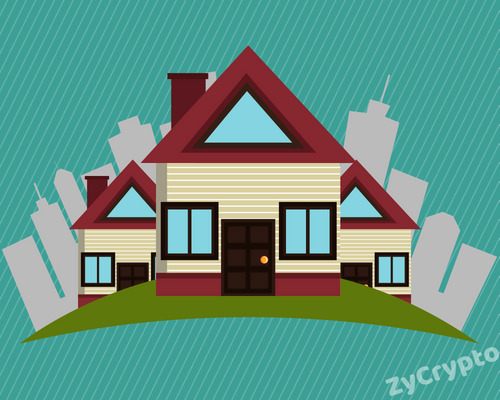 Richard Hilton, a father to the famous Paris Hilton, the American television personality, model, singer, and businesswoman is set for the biggest real estate deals the history of cryptocurrencies, auctioning his 16th-century architectural piece for 38 million dollars worth of cryptocurrencies on the 28th of June, 3 PM Eastern Time.
The masterpiece situated in the city of Rome, Italy’s capital on a 1613sq meter land area, is an 11 bedroom, 15 baths, and three kitchens Mansion. Also in the building is a movie theatre, a gym, and a spa. The historical piece was designed by architect Giacomo Della Porta who collaborated with Michelangelo.
The California based property agent, Propy would be in charge of the auction. Propy is a global property store and a decentralized registry built on the Ethereum blockchain for listing, auctioning, and sales of properties, which allows buyers easily search for preferred property and make payments online.
Hilton, in his statement, when giving details about the auction said,

“The auction shows real estate’s growing trust in blockchain and provides crypto investors an opportunity to diversify and solidify their portfolio with a trophy asset.”

In a review by one of Propy’s property buyer, Katherine Purcell, she said,

“The people from Propy were fantastic to work with; I’ve been reading that this tech is perfect for certain types of transactions. Real estate is one of them.”

Though this isn’t the first sales that would be transacted using cryptocurrencies, as over 20 houses, have been sold already, but this deal would be the highest paid for any property using cryptocurrencies. A Miami based Estate was reportedly sold for 455 bitcoins which were worth $6 million at the time.
Not just Richard, but Paris has also shown some interest in virtual currencies in the past as she tries promoting a token “Gravity4’s Lydian token” saying she was looking forward to participating in its token sale.
The real estate industry accepting cryptocurrencies is yet another confirmation that these new digital currencies are here to stay and not a bubble as some had claimed in the past.