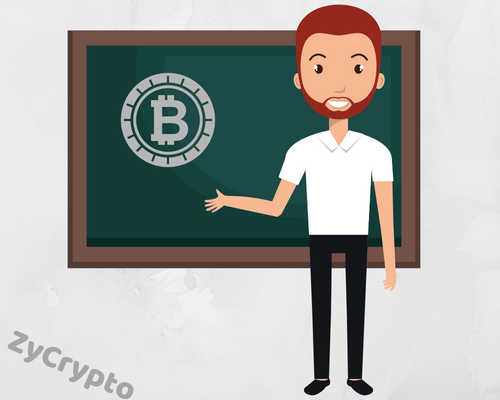 Even though the concept of bitcoin or cryptocurrencies is still not clear to many people around the world, the latest debate has been on whether cryptocurrencies or its backbone ‘blockchain technology‘ should be introduced in the global educational system.
Blockchain or crypto-related courses are currently part of the curriculum used in the University of California and its counterparts in Pennsylvania, New York, and Stanford.
With the technology touted as having great potential, its critics and supporters are further divided on whether it should be taught to the younger generation in schools.

It is understood that some tutors in the States already have blockchain and cryptocurrencies as an extracurricular subject, but this is yet to come to the mainstream.
Commenting on his reason for adding the trending topic to his Business and Personal Finance course for 16-18 years olds, Timothy Breza, a teacher for a New Jersey school said,

Nate Flanders who heads the Mandala cryptocurrency exchange service suggested that introducing blockchain and cryptocurrencies would be just another way to promote programming skills to the next generation.
He pointed out that “Java, C++, python – are just some of the languages blockchain platforms are being built on and thus, should become a complimentary area of study with the possibility to major in it or specialize.”
The volatility of cryptocurrencies has been a major concern to both investors and is a major point of attack for its opposers.
In the thoughts of Christian Ferri, who heads the BlockStar, a blockchain advisory company, volatility should not stop the introduction of cryptocurrencies to schools.
“There’s no safe form of revenue. If that wouldn’t be the case, any economy commonly driven by arbitrage as we know it, wouldn’t exist.
Volatility is the trader’s best friend, and can be a great source of revenues if you are an investor and know what you’re doing,” Mr. Ferri told Express.co.uk.

To say that cryptocurrencies are still in its infant stage would be raising another topic for debate, given that it has gained acceptance across different parts of the globe.
The blockchain is also being applied across many industries and is showing no signs of stopping.
Therefore, how long it would take until it becomes a part of school curriculum is a query that no one can guess accurately.
Maybe it could happen pretty soon, or maybe it takes a long time.
But it will inevitably happen!