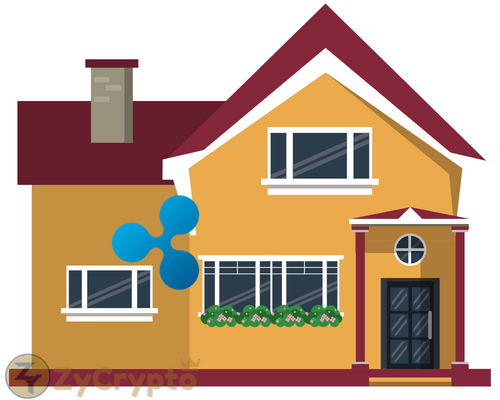 Good news for the Ripple cryptocurrency, the team, and the community as a whole.
A California based company, Propy, announced that the company had added the Ripple (XRP) cryptocurrency as payment for one of the largest piece of property in Silicon Valley that spans over 27 acres of land.
The announcement was made via a Tweet by @PropyInc, Propy official Twitter account, saying:

“Great news! We added XRP as a cryptocurrency accepted at Propy, starting with a rare investment opportunity to acquire one of the last large pieces of city land in Silicon Valley! $, BTC, ETH and now #XRP are accepted. The offer is exclusive on #propy.”

Reacting to this fantastic achievement, @Ripple also had this to say:

“New and exciting business use cases for #XRP emerging every day. We’re happy to see @PropyInc add the digital asset as an option for home buyers around the world.”

This will not be the first time the company will announce it was accepting cryptocurrencies for properties listed on the platform. At the end of last year, the company announced it would be accepting Bitcoins (BTC) from those who are willing to pay bitcoin for properties they have for sale.
Nevertheless, Propy isn’t the first company to accept cryptocurrencies for property purchase both in the U.S. and globally. Several property agencies have in the past. Platforms such as bitcoin-realestate.com and bitcoinforproperties.com have already in the past been at the forefront of accepting Bitcoins for purchase on these platforms.
Market4Cast, in the past, reported the first piece of real estate purchased using bitcoin sometime in September 2017. The property which is located in Austin, Texas and was a newly built house which had relaxing lounges, a modern kitchen, well-furnished bedrooms, and a landscaped garden. Though the actual amount involved in the transaction wasn’t disclosed, it was said however that bitcoin was used to make payments.
The Impact On XRP
This is yet another good news for cryptocurrencies at large and most especially the Ripple cryptocurrency. This could be another chance to drive the price of XRP back above $1 as seen sometime in the past.
Ripple In Court
As reported, Ryan Coffey, who is one of a major investor of the Ripple cryptocurrency had of recently filled a complaint on behalf of other investor saying only just 20% of Ripple is in circulation with the other 80% kept by Ripple Labs.