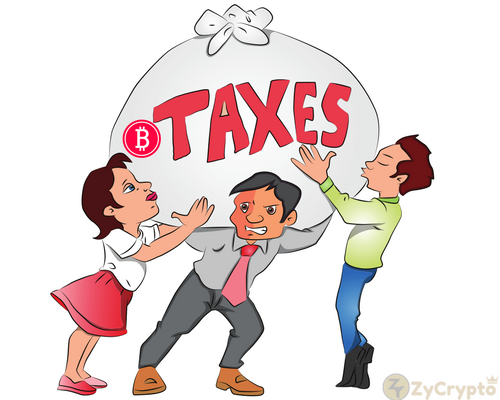 The great cryptocurrency boom of 2017 led to rise in fortunes for many people, as values of cryptocurrency soared at meteoric levels. The boom was heralded by the flagship cryptocurrency, Bitcoin, which shot from $1,000 to a high of over $19,000 in December 2017.
People who cashed out during the boom period last year inadvertently racked up tax bills to the tune of thousands of dollars, as one Reddit user, who claims to have received an IRS tax demand of around $50,000.
The Reddit user, named Thoway, claimed to have got a tax bill from the United States tax agency, commonly known as the IRS. The government agency has asked him to pay an amount of $50,000 as taxes. According to the Redditor, he had got eight Bitcoin for $7,200 early in 2017, and cashed out in December of 2017, when the cryptocurrency had soared to a new high.
He further says in the Reddit post that he feels that he has ruined his life as he did all his investments before doing due diligence in terms of taxes and without giving a second thought to the risks and the taxes associated with the trade of cryptocurrency.
He also says that he normally earns around $47,000 per year, as an office assistant, and he would never be able to cough out the money to pay such a high tax bill.
He explained that the IRS views cryptocurrency as property, and thus has a high tax rate. The rate of appreciation of Bitcoin last year means it attracted a high tax rate. He says that the IRS reached a final amount of $50,000 after taking in account all federal and state taxes.
Thoway also says that he was caught up in the frenzy last year, and instead of saving up his bounty, he reinvested the fortune he gained, around $120,000, in alternate digital currencies, also called altcoins, in hopes of gaining a greater windfall.
But the current crypto market has been extremely negative, and his total investments in altcoins do not exceed more than $30,000 in value. He also says that even if he sells all the altcoins he has, he would not be able to pay off his tax bill, as he only has around $5,000 in personal savings, leaving him $15,000 short to pay the bill.
Tax and financial analysts urge people to set aside a portion of the windfall they have gained for cryptocurrency so that they do not get stumped in the future when governments around the world catch up to cryptocurrency activities and demand tax for the gain they have experienced.