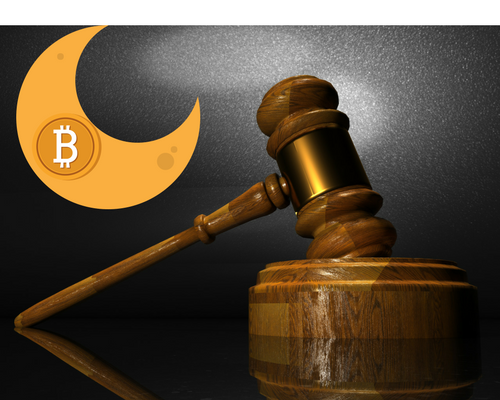 A Dutch court has ruled in favor of a person who filed a lawsuit against a company that owed him 0.5 BTC. This decision represents a favorable point for the users of the cryptomes, who may be facing a process of legitimization by the state, taking more seriously the use of the cryptomes as a means of payment.
The decision follows an early G20 statement in which they initiated an agreement to consider crypto-tokens as assets and not as current money. However, the possibility of having a monetary value and legal back gives the community a climate of tranquillity superior to that of previous years where the bitcoin had a certain level of illegitimacy
According to the official document Mr. JW de Vries went to court on 2 February 2018 to demand payment of a debt of 0.591 BTC from Koinz Trading BV. After winning the lawsuit, the court ordered Koinz Trading to settle the amount under threat of having to pay a fine of 10,000 euros in the case of inability to pay.
The court has studied in depth the characteristics of Bitcoin and the conclusions it has reached could be extremely favorable if they are adopted countrywide

“Bitcoin exists, according to the court, from a unique, digitally encrypted series of numbers and letters stored on the hard drive of the right-holder’s computer. Bitcoin is ‘delivered’ by sending bitcoins from one wallet to another wallet.
Bitcoins are stand-alone value files, which are delivered directly to the payee by the payer in the event of a payment. It follows that a bitcoin represents a value and is transferable. In the court’s view, it thus shows characteristics of a property right.
A claim for payment in Bitcoin is therefore to be regarded as a claim that qualifies for verification.”

Likewise, the court does not give Koinz Trading the option to determine rates or amounts FIAT to pay, accepting the request of several plaintiffs to receive the payment of their debt in cryptocurrencies:
“It is undisputed that it is clear that the claim that the applicant has seized has not been paid by the plaintiff. At the hearing, the applicant demonstrated the existence of several (aid) claims. From the documents submitted by the applicant, it appears that several persons have claims on the vested party that see the payment of Bitcoin or on claims for non-fulfilment of obligations under an agreement, with penalties attached in some cases. At the hearing, therefore, it appeared briefly that the applicant had a right of action, as well as facts and circumstances, which show that the applicant is in the position of having ceased to pay.”