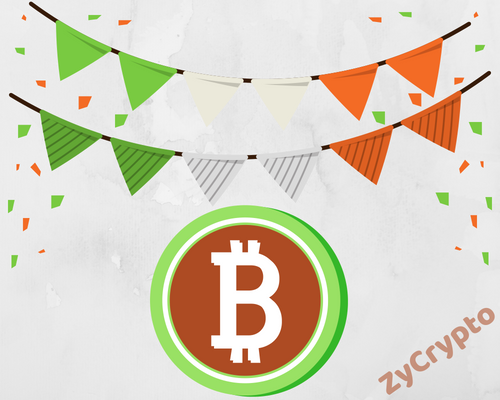 The Irish populace is slowly adopting cryptocurrencies according to a new study by Amárach Research and communications agency Red Flag.
The latest research reported by The Irish Times is an update on a 2014 survey and gives clear evidence that cryptocurrencies are now in circulation in Ireland.
The survey reflected a sample of 1,000 Irish people over the age of 16 and concluded that 120,000 people in the region now own a cryptocurrency.
This is a 300% increase from the 2014 survey with bitcoin the most popular among the people.
It leads the way with a 44% owners and surprisingly Litecoin is preferred over Ethereum, with both tokens standing at a 30% and 24% respectively.
Further stats revealed that men are likely to jump at the chance of owning a cryptocurrency than women with the most favorable attitudes noticed in 25 – 34-year-old millennials.
The only downturn to the newly emerging industry in Ireland however, is that a sizeable number of the populace are still misinformed about crypto tokens.
Deirdre Grant, managing director of Red Flag Ireland who played a part in the survey, said: “the level of understanding is still quite low, with one in eight respondents believing [cryptocurrencies] are used mainly by criminals.”
Also, About three-quarters of those who took part in the survey had never heard of the blockchain technology which powers cryptocurrencies. 40% of the roughly one-quarter who had heard about it, knew “very little.”
The fact, however, still remains that 120,000 Irish people own a cryptocurrency (an all-time high) and a greater number of 180,000 has used cryptocurrencies in recent years.
In fact ‘the conditions are ideal for higher take-up’ as Gerard O’Neill, the chairman of Amárach admitted.
Campaigns similar to what Bitcoin Argentina is doing in South America could be just what is needed to kick off the growth of Ireland’s cryptocurrency industry fully.
As rightly suggested by Grant of the  Red Flag, public opinion towards cryptocurrencies in Ireland is moving “from suspicion to curiosity” and a higher adoption rate in the coming years is almost inevitable.
Could Ireland go on to become a big contributor in the fast-growing global crypto market?

Irish Authorities Confiscate $56 Million Worth Of Bitcoin From Cannabis Dealer