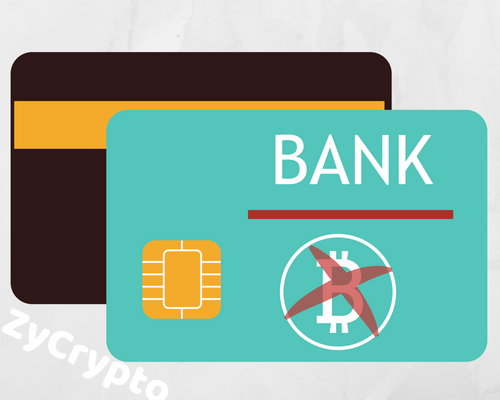 Early in 2018, major banks began to ban their customers from buying Bitcoin and other cryptocurrencies with credit cards, citing volatility and the persisting presence of fraud and scams in the space.

Citi, J.P Morgan Chase, and Bank of America have all previously came down hard on the crypto sector by preventing customers from buying tokens with the credit cards they provide; now, Wells Fargo will follow suit by no longer allowing the purchase of cryptocurrencies on their credit cards.

Lenders obviously have a concern that customers who used their credit to buy various cryptocurrencies won’t be able to pay off their bills in the long run. Many experts in the finance world think the “fear of missing out” or FOMO, was at its height just before the credit card bans started coming down.

Investors who were desperate for a ride to the crypto moon were throwing money that they didn’t necessarily have into the market which contributed to the 20 thousand dollar bubble and subsequent bursting that went down in the first quarter of 2018.

A survey by LendEDU, a startup aiming to help consumers make educated decisions and better manage their money, found that 18 percent of Bitcoin investors used a credit card to make their crypto purchases, and more than 20% of them could not pay off the debt they accumulated.

Nearly 90 percent of the Bitcoin holders who participated in the survey said that they had yet to pay off their Bitcoin bills, but plan to do so over the course of the year.  If returns are not similar to the booming gains of 2017, many crypto buying credit card customers could start to pile up big balances.

Wells Fargo could, however, reconsider their position as the cryptocurrency market matures.  A spokeswoman for the bank, Shelley Miller, told Bloomberg that they “will continue to evaluate the issue as the market evolves,” perhaps leaving a door open for Wells Fargo to once again allow credit card purchases of Bitcoin.