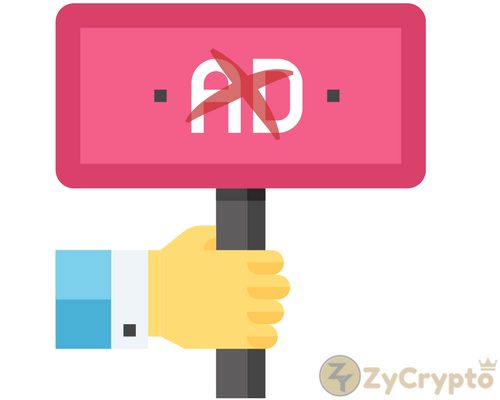 Facebook posted a major announcement on January 30th regarding changes in its advertising policy. In its announcement, it banned advertisements promoting cryptocurrencies and Initial Coin Offerings, or ICO’s, through its vast advertising network.
At that time, many people, from cryptocurrency users to analysts and even general public hailed this move by Facebook as they saw it a way to shield innocent people from fraudulent cryptocurrency and ICO schemes which was giving a bad name to the cryptocurrency community as a whole.
It was also thought that it was a move driven by Mark Zuckerberg himself. But now, details have emerged that it was actually the FBI which asked Facebook to ban such ads running over its network. And now, they are trying to stop such ads from running on Google’s ad networks too.
Details have emerged that the sudden ban imposed by Facebook on ads related to digital currencies were due to constant pressure by the FBI on the internet behemoth to do the same. Now the same forces are behind Google now, pressuring them to do the same and get rid of cryptocurrency ads.
The facts were disclosed by a senior investigator from the Manitoba Securities Commission, Jason Roy. He is also the chairman of Canada’s Binary Options Task Force. He revealed that his team, along with America’s FBI, have had been in discussions with Facebook showing them the concerns such ads posed to the general public, with many of them becoming victims to such scams. He also said that their teams are now in contact with Google regarding the same, and are waiting for Google to take similar action.
He also said that it took several months to get Facebook to agree to ban those ads and hoped that Google would do the same soon by enacting a similar policy prohibiting ads related to cryptocurrencies as well as ICO’s on its network.
On the other hand, Google is not ready to play ball to these regulatory agencies, and a Google spokesperson said that they already ban misleading and false ads on its network. The security authorities do not seem to distinguish between fraud and genuine programs, and such a blanket ban would affect the market negatively.
There is still a lot of confusion regarding the classification of blockchain cryptocurrencies. While the US SEC believes all tokens to be securities, the state of Wyoming does not agree to the same. It remains to be seen how agencies would regulate this large market, now worth around $400 billion, in 2018 and beyond.