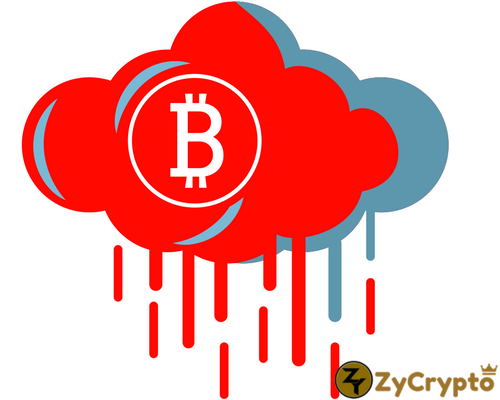 According to information from Business Insider, Goldman Sachs again makes another of his predictions, warning that Bitcoin could break the support of February that took him to the $5,900 band.
The expert who made this prediction is Sheba Jafari and bases her prediction on the technical analysis of various indicators, which seem to conclude the possibility of a bearish

Behavior for the next few days.

“The 200-DMA, in particular, is important given that it held very well at the previous low in September (…) Getting a close break this time around would warn of structural damage, increasing the risk of new local lows (<5,922). At this point, need to get back through 9,322 (the Feb. 26th low) for this to stabilize.”
A few days ago, Tom Lee presented a methodology that was developed in which the sales readiness of bitcoin holders, the Bitcoin Misery Index was measured, yielding historically low results that said that at this time there is a good chance that those who have Bitcoin sell it at a low price.
However, the same strategist points out that there has never been a time in the history of bitcoin when prices have grown significantly in at least 12 months after the indicator was determined.
Therefore, if both theories are correlated, Bitcoin investment might be good at a long time term but not so much at a short time term.
However, the opinion of Sheba Jafari is one that must be carefully analyzed. Goldman Sachs is known precisely for criticizing bitcoin and opposing its global implementation, so there could be some biases at the time of reporting. Cointelegraph points:

“Jafari, the head of technical strategy at Goldman Sachs, is known for criticizing Bitcoin. In July 2017, Jafari suggested that Bitcoin would hit the $4,000 mark by the end of the year. Later in November 2017, when BTC reached $7,000, Jafari made another prediction stating that Bitcoin would consolidate at $8,000 before going higher.”

Bitcoin had a significant drop in recent days which seems to be more connected with the massive sale of bitcoins by Mt. Gox bankruptcy trustee than with the natural behavior of the market as Goldman Sachs thinks.