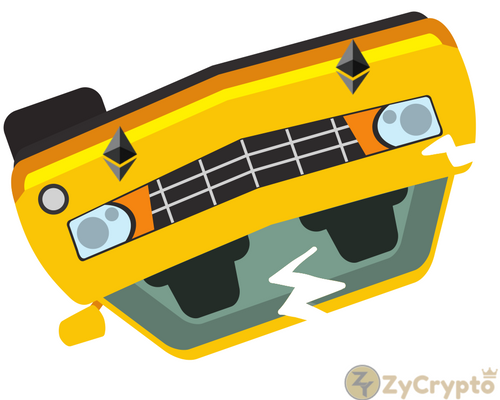 In recent times, rumours and speculations about an ASIC, or an Application Specific Integrated Circuit, designed specifically for mining Ethereum has been floating around, which has been responsible for the fall of Ethereum prices to their one week low values.
An ASIC, as the name implies, is designed specifically for mining a particular currency at a faster rate compared to conventional cryptocurrency mining methods. This lets people having ASIC’s to be at a position of advantage, and eats within the core philosophy of cryptocurrencies, which is, decentralized control of digital tokens.
According to a report released by CNBC, crypto analyst Christopher Roland has come to know details about the chip in his recent visit to China. The dedicated ASIC for Ethereum mining has been designed by Bitmain, and the final supply chain is being readied for shipments in the second quarter of 2018.
He also said that while Bitmain would be the largest supplier of such Ethereum ASIC’s, with a market share of around 70-80%, other manufacturers have stepped on the game too in order to bring their solutions on the market.
Traditionally, Ethereum has been mined through GPU’s, aka Graphical Processing Units. GPU’s were bought in such large scale by miners that it has led to unavailability of GPU’s for the consumer computing and gaming market and has racked up prices exponentially of those ones which still remain on sale.
But, an ASIC would limit access to mining ethereum, due to its higher entry costs. Many fear that it will lead to centralization problem, where power would be consolidated on the hands of the few.
Mikhail Avady, the founder of the website TryMining.com, said that Ethereum has been one of the most profitable coins for mining using GPU’s and the ASIC’s from Bitmain and other companies would affect the market drastically and could even render GPU’s obsolete for mining the currency.
While some people in the community welcome the introduction of ASIC’s for mining Ethereum, others are already looking for alternative GPU friendly coins to mine, like Monero and Zcash.
Many believe that the situation would be bad if there is only one Ethereum ASIC manufacturer, as competition between different manufacturers would keep prices of such ASIC’s reasonable for the vast majority of people.
Many analysts also believe that while prices of Ethereum are consolidating and normalizing due to the current market situation, there is a chance for its price to balloon again due to ethereum’s involvement in various projects including smart contract tokens.