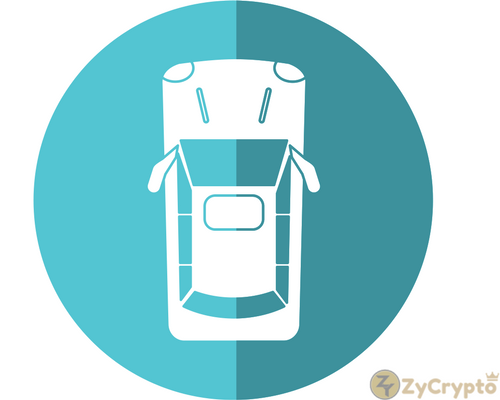 The entire world is always looking for better ways of doing things; this explains why blockchain technology and cryptocurrencies are gradually going mainstream.

According to reports, a subsidiary of Ford motors has been given the go-ahead by the United States Patent and Trademark Office (USPTO), to build cryptocurrency-powered cars.
These unique vehicles will enable users to carry out cryptocurrency transactions and get to their destinations in a super fast manner.
The Ford team calls the system CMMP (Cooperatively Managed Merge and Pass). Ford applied for the patent since 2016; however, the USPTO just granted Ford Global Technologies the exclusive license this month.
Ford has explained that CMMP is simply a crypto-powered ecosystem that is focused on making people arrive at their destinations faster by bypassing traffic gridlocks. It’s a vehicle-to-vehicle or cars-to-cars communication world where cars of members of the platform communicate with each other regarding traffic jam with the help of GPS.
The system also tracks and obtains driver data. Some parts of the patent read:

“The CMMP system operates with individual token-based transactions, where the merchant vehicles and the consumers’ vehicles agree to trade units of cryptocurrency.”

While this is an excellent innovation in itself, there may be some concerns however concerning how people’s personal data will be stored. Because favorite social media platform, Facebook got into trouble recently for improper handling of user data, Ford may likely pay close attention to this sensitive area.
The patent further explains that users of the system are given “preferential lane access” in times of traffic gridlock, allowing them to meander in and out of the congestion for a crypto price.

“Merchant vehicles voluntarily occupy slower lanes of traffic to facilitate the consumer vehicle to merge into their lanes and pass as needed,” the patent explained.

For example, a driver of a consumer vehicle which is running late for an appointment may request to pass any participating merchant vehicles for duration of 10 minutes on a particular road or highway for 60 CMMP tokens, at a rate of 10 seconds preferential access per token.

If the Ford crypto vehicle project comes to life, it will undoubtedly boost adoption of virtual currencies, especially if the platform integrates other established cryptocurrencies like bitcoin and ethereum.