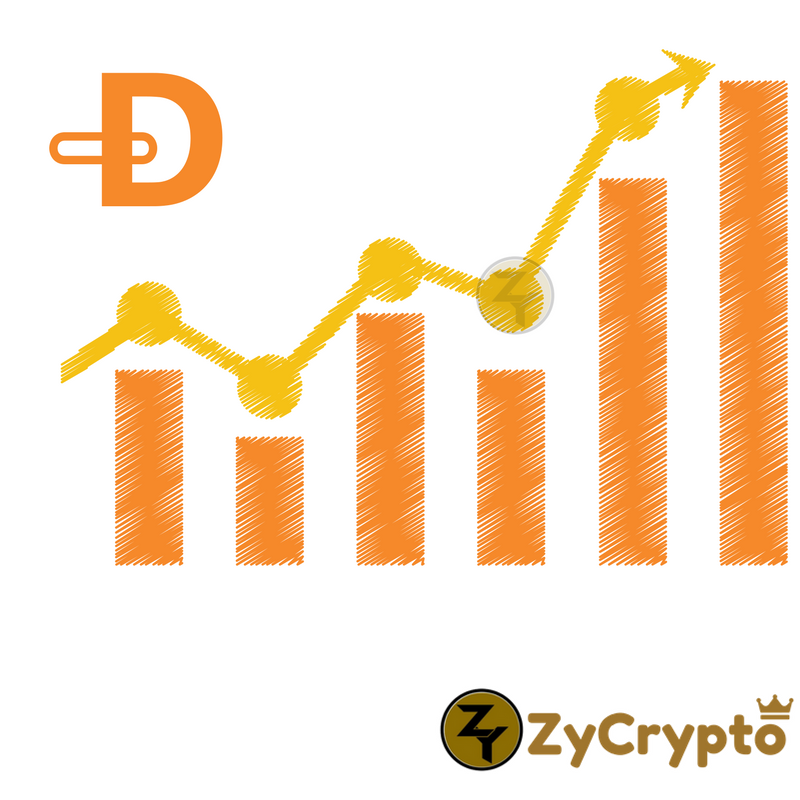 Dogecoin has increased 59.22% in the last seven days, going the complete opposite direction compared to other currencies. The currency has reached a value of $0.01 from $0.008768. Consumers are jumping into action as they would use their money and exchange it with Dogecoin instead of higher more famous currencies like Ripple, ETH, ARK.
The market cap for Dogecoin has reached over one billion dollars. Many investors we’re excited at this raise. Many of them are trading Ethereum for the profit of Dogecoin. The joke currency is starting to be a significant investment, something nobody imagines would ever happen.
Some fans of Dogecoin predict that the price could be between $0.50 to $1 within 2018. This prediction makes Dogecoin much more of investment options than BTC; some speculate that Dogecoin can surpass BTC in the next five years.
According to an article on Steemit, it says that over 5,000,000,000 more Dogecoins traded than in circulation. This prediction is a surprising discovery. If all the purchased Dogecoins become circulation than Dogecoin would reach a high price, Dogecoin would never be considered a joke at this point.
Dogecoin does not seem to be suffering. It’s likely that dogecoin could be as high as $5 to $10 by 2022. It appears unordinary to make a profit from a joke, but people are making a fortune from it.
Dogecoin is having a great time, but maybe the future can affect it! Congress can say Dogecoin will now have taxes. It’s not certain any currency will ever not have changes. If Congress applies charges onto Dogecoin, it could go back to its deficient state.
Dogecoin can be a fantastic investment if you make significant timing but be smart before you do it, this has happened to a lot of currencies, and next day later it went back to its low value. Dogecoin has increased a lot in the last seven days, but it decreased a lot within the previous day. As of 12/26/2017 Dogecoin has lost 12.82% of its value. It may continue until it goes back to its low price.