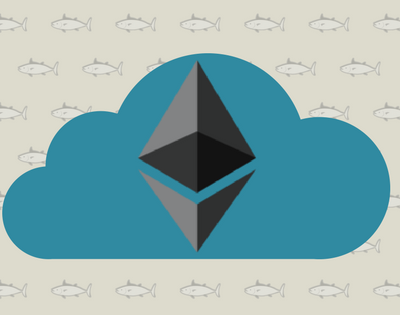 From  segwit2x cancellation to the most recent  Bitcoin bloodbath and now there is the ethereum Parity wallet crisis. For many investors in the cryptocurrencies ecosystem,  this is certainly not a November to remember.
It is no longer news that ethereum investors funds running into hundreds of millions of dollars worth of ethereum is currently stuck in Parity wallet, due to a reported code error which was accidentally activated by an ethereum “newbie” user.
Although the bug affects only  multisignature wallets created in Parity wallet that was deployed after July 20th, the actual amount of investors funds in ether frozen in the wallet is still unknown, cryptocurrency analysts speculate its within the  $150 to $280 million dollar region.
THE BUG SCENARIO
The Ethereum  Cryptocurrency is programmed with  Solidity, which is a  programming language for writing smart contracts. The Parity wallet crisis began when a Github user “devops 199” exploited a bug in the Party wallet library contract. He admitted to having accidentally killed the bug, not knowing it will cause a huge crisis.
Devops199’s action turned the library contract into a regular multisignature wallet and became its owner. Devops99 now tried to delete the code that granted him ownership rights, but because the wallet contained library contract code – which is the lifeline of all parity multi-sig wallets, this led to the freezing of millions of ether stored in all parity multisignature wallets deployed after  20th of July.
Cappasity , a cloud-based platform that allows businesses quickly and easily create and embed 3D content into their websites, is of the opinion that the whole actions which led to a freezing of peoples funds running into hundred millions of ether, is a deliberate one and not an accident as claimed by Parity wallet user.
Cryptocurrency analysts and researchers like Patrick McCorry, a cryptocurrency researcher at University College London, have said that the only solution to unfreeze the funds is to activate a hard fork on the ethereum network.
THE WAY FORWARD FOR ETHEREUM.
This is not the first time the ethereum network will be faced with issues like this. In total, ethereum has carried out four hard forks to fix bugs and memory outages. In all the earlier hard forks, none of the frozen funds were stolen.
So there is almost a hundred percent chance of solving this recent Parity wallet bug with a hard fork activation in the upcoming weeks and all funds will get restored back to their rightful owners.
There is great need to speed up the process of the hard fork so as to erase panic from the hearts of ethereum investors and return the Parity ethereum wallet to its previous state of normalcy.